Things got really heated on Instagram between Malusi Gigaba's wife, Norma, and a woman named Buhle Mkhize on Thursday evening.

It seems like Buhle is tired of being accused of wanting Malusi and being insulted by "Mrs Gigabyte", who also called her a prostitute, according to a screenshot that was posted on the photo-sharing site.

Check out the exchange between the two ladies below. Screenshots courtesy of Justcurious.co.za. 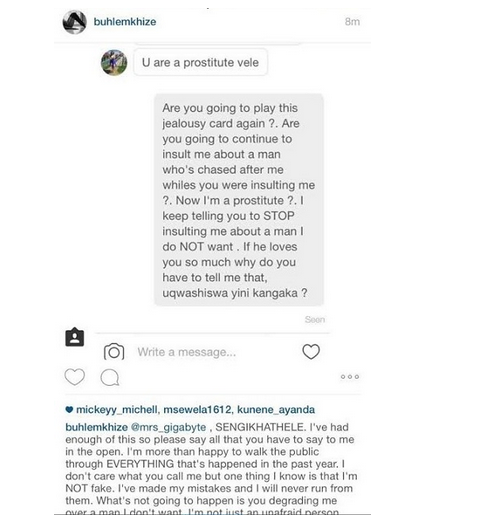 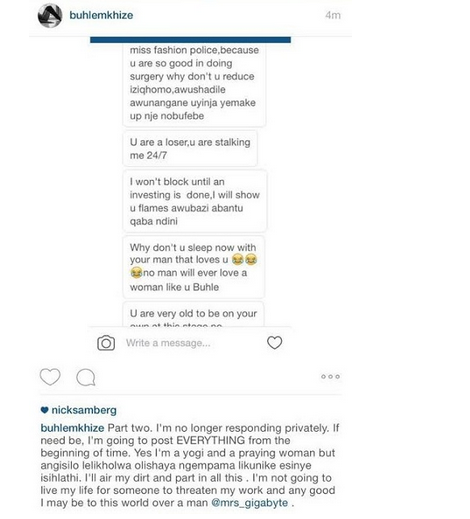 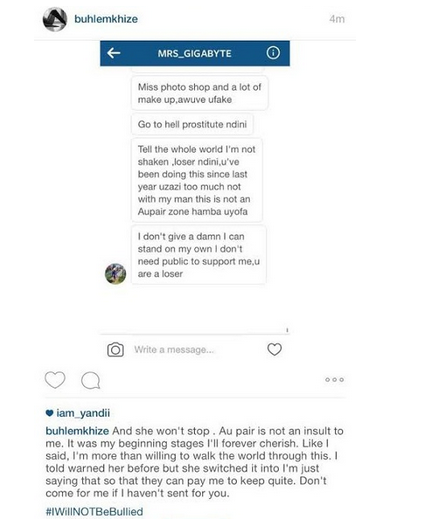 After seeing the messages, people took to social media to express their shock.

Buhle is who's wife? Who is she? What's happening? RT @MissLuu_: Buhle Mkhize Vs Mrs Gigabyte on Insta😤😤 yoooh #shotsfired