We love teaming up with brands that want to add flavour to whatever their doing, and there's no better brand doing so at the moment than Flying Fish. South Africa's favourite premium flavoured beer will be a part of our #BubblingUnder/Over feature for the next few weeks and we're all super excited to join forces and bring you celebrities who are adding flavour to the industry in their own delicious ways! 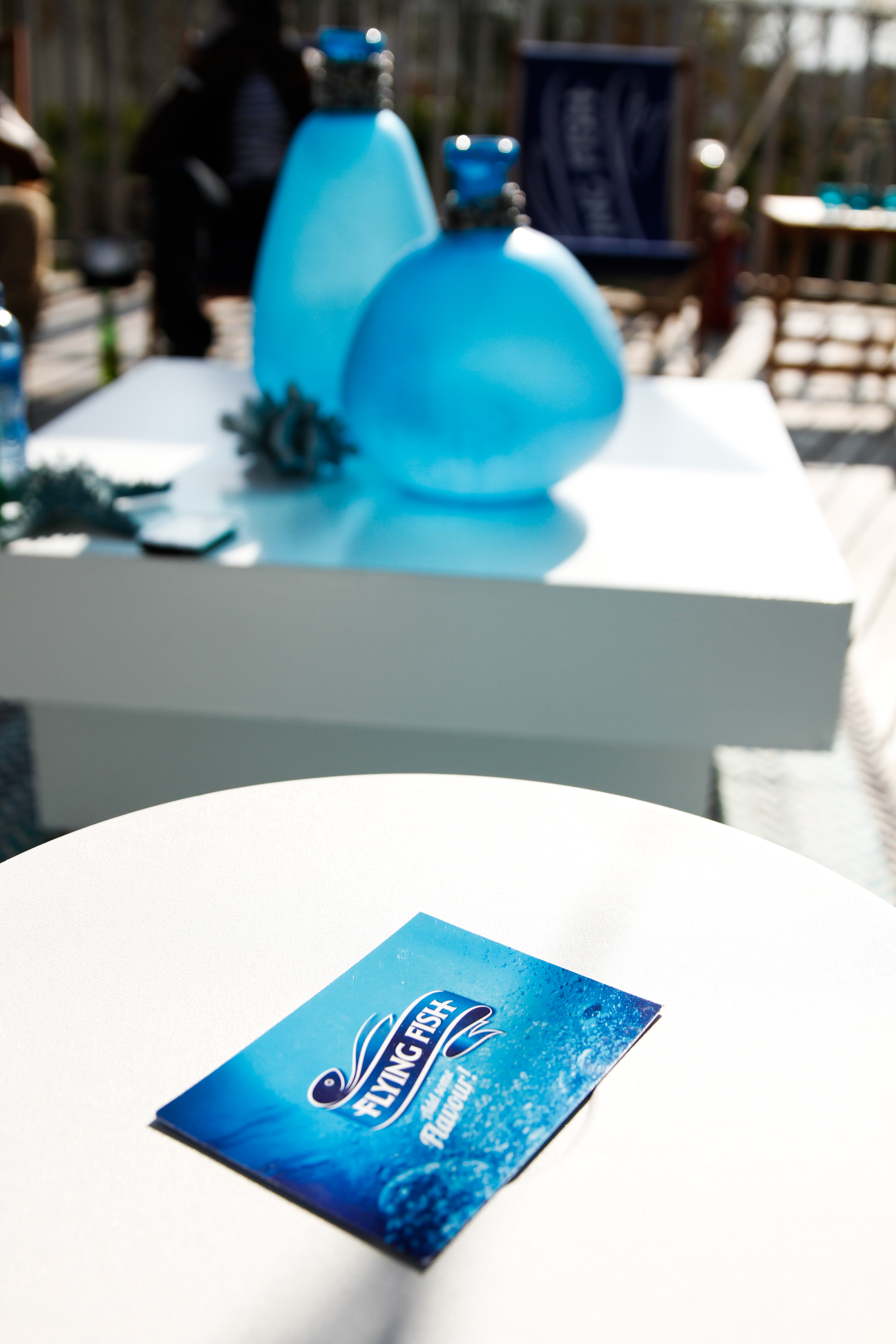 This week we kick things off with Mbali Nkosi, the talented actress and presenter who is making some powerful strides in the industry. The highlight has to be her newer and more elaborate role on Mzansi Magic's Rockville. Let's find out how's she's doing this week:

ZAlebs: Welcome to ZAlebs Mbali! How does it feel to have been thrashed by the ZAlebs team at Foosball?

Mbali: [laughs] thrashed is a very wrong term! I lost, but I wasn’t thrashed and I’m okay with that! The last time I played this game I was probably about 13! I’m good with it, I’m a good loser so it’s fine. [laughs]

ZAlebs: Let’s get straight to business and talk about Rockville; you're going to be playing a much bigger role in the upcoming third season. How was the first day on set for you?

Mbali: First day on set was actually amazing! Cindy, my character was already on Rockville season 2, so I already knew everybody but the only difference is that they decided to expand my character so now I’m there a lot. I can’t give too much away because you have to watch the show; but Cindy, well she’s a smart person. She works at the brothel (that’s what the Black Diamond is). She doesn’t need the job though, she has her own money! She just does it for the fun of it. 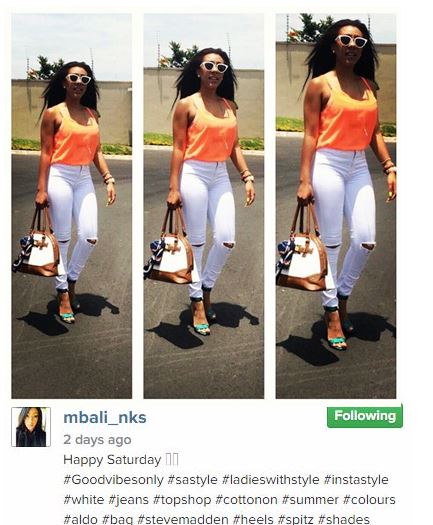 ZAlebs: We saw some Instagram pics of you with renowned actors such as Hlomla Dandala and Terry Pheto; were you ever like nervous to do your best or anything like that?

Mbali: I wasn’t nervous! I was excited because it gives me such a nice platform to say I worked with these people. I learnt a lot, especially from Terry. She’s so, ooh, beautiful! She’s calm, she’s patient, she does her work so well. She could do 18 scenes in a day and still be fine! I wanted to learn stuff from them, rather than be nervous. When you’re nervous you mess up!

ZAlebs: The entertainment industry is quite fickle. It’s easy to associate yourself with the wrong people or make mistakes that affect your career (Giving the wrong quotes to the press for instance.) What’s the one thing you’re not too fond of in our industry?

Mbali: Entertainment industry or people? Because I love the industry.

My issue, sometimes, is the people that let it get to them. I really think the one thing that you should try to do is remain humble. Maybe I was just brought up like that but for me I found that the people who are the most humble, have the most longevity. If you’re pompous and arrogant, people feel like they can’t relate with you.

ZAlebs: I like how you mention the word ‘relate’. Just thinking of a recent incident, Kelly Khumalo; when she made her first public appearance at the Feather Awards (Since Senzo's passing). People kept saying “She shouldn’t be here” What’s your take on those kinds of situations?

Mbali: I was actually there (at the awards) and I saw her walk in and obviously everybody noticed it, but it was more like “Oh she’s here”. I wasn’t judging her because firstly, she wasn’t married to him. If she didn’t come people would have been like “Oh she thinks she’s the wife by staying away." There was always going to be a lot of speculation around it all.

But I think those situations as you describe them, happen more frequently because of the fact that people have more of a voice on social media, so your opinion travels without you having to be confrontational in real life, Besides, whatever you have to say about Kelly, she was very ladylike and professional on the night so what could you see so wrong? Kelly was working.

ZAlebs: On a much lighter note for our last question, what is your weirdest daily food craving?

Mbali: I don’t know if I can call it a craving, but I’m obsessed with ice cream. If I’m sad, if I’m happy, if I’m excited… I once had a boyfriend who knew the key to my heart was ice cream. I love ice cream. I’d love some right now.

And that's a wrap; we've got more Bubbling Unders and Overs coming to you this week so keep an eye on this space!