Barbadian pop star, Rihanna held the FNB Stadium under siege yesterday as the entire Riri Navy flocked to the South of Johannesburg for a chance to see their Navy Captain in the flesh. Traffic on Nasrec road was a congested clutter of all types of vehicles, and if trains were deemed roadworthy, we assure you that a few would be adding to the clutter.   If anybody was unaware that Rihanna was a huge deal, this was confirmed when many camped at the stadium a full twelve hours before the official concert commenced. As if this wasn't enough dedication, we were intriguide to spot several random parents who proudly wore Rihanna stamps on their cheeks, necks and on other parts of their bodies we shall refrain from mentioning. 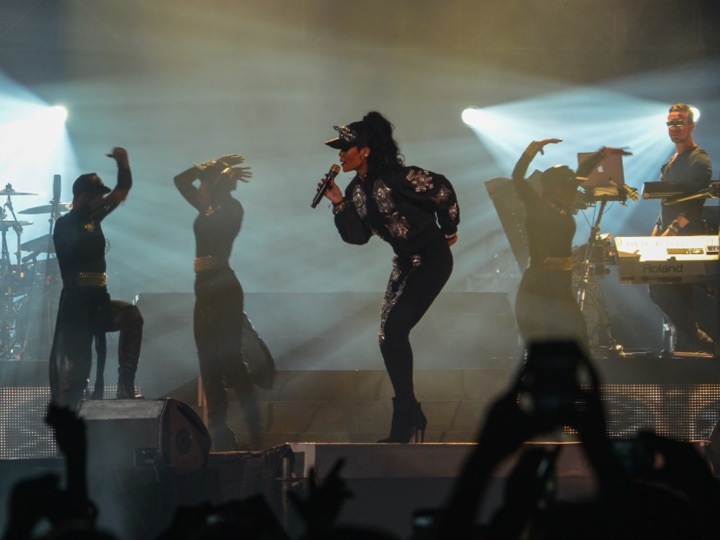 By the time 7:00pm hit, Rihanna’s opening act, American electronic-Dance duo, GTA, kicked off the Johannesburg leg of Diamonds World Tour with an hour-long set of fist pumping  music that mildly deafened the ears of those in the first few rows- a testament to the crisp, and excellent quality of the sound. Although some of their songs were a little on the redundant  side, we appreciated how swift and on schedule their performance was. By the time 8:00pm struck the duo's set promptly finished.  “Rihanna where are you?”  Fans yelled as the clock approached 8:15pm, fearing that the Barbados-born singer would pull a diva stunt and arrive one - two hours late.  But like the true navy leader she is, Rihanna didn’t disappoint, stepping on stage at 8:38pm. 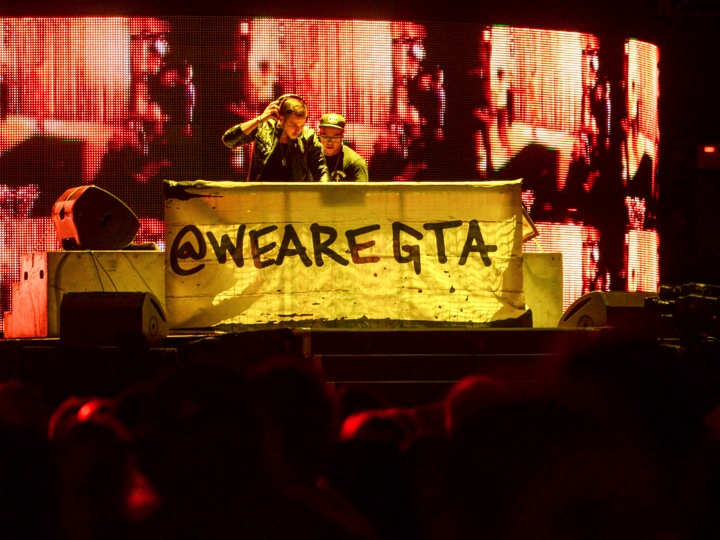 She appeared on a high rise stage, sporting a silver diamond cap and “diamond” encrusted black jacket with leggings.  Her outfit was a throwback to Janet Jackson’s Rhythm Nation outfit which came across to us as a respectable gesture to the Pop icon. The packed stadium erupted as she yelled “Johannesburg are you ready to party with me tonight?” kicking off her first track “Fresh of the runway”

It was a party filled with back-to-back hits from “Birthday Cake” to “Pour it up,”  giving us a balanced energy as she toned it down with heart-wrenching songs like “Stay” and “Man down”.   Although many were not impressed with her sticking to the same wardrobe outfit, her sexy background dancers made it up for it by changing into a few outfits that were very appealing to the eye. 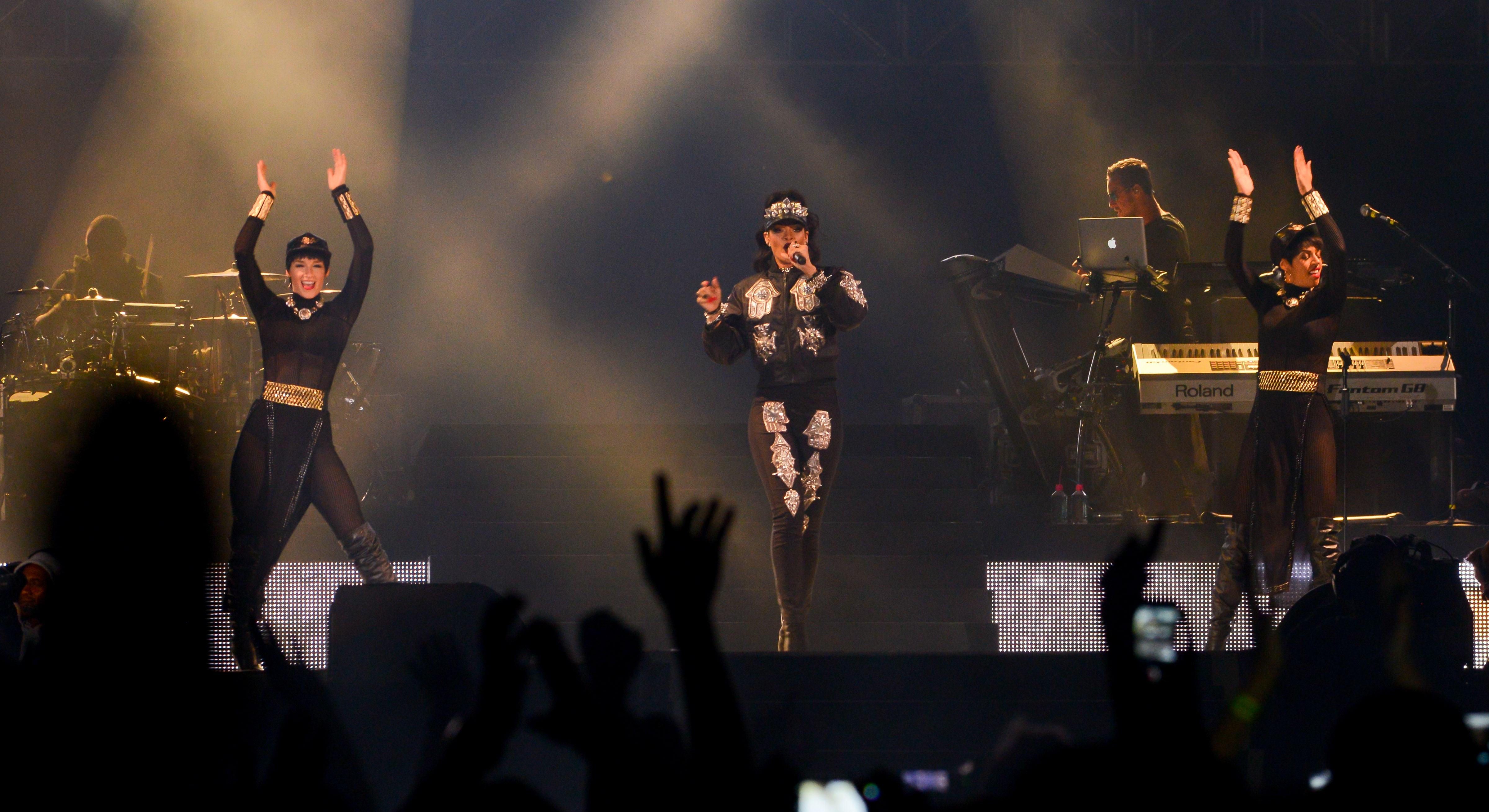 The two hour concert came to an unexpected end as she performed “Where have you been” the crowd was in disbelief and demanded more. The navy captain took heed to our requests and returned on stage wearing some killer silver heels, a leotard and the diamond encrusted jacket.  To the crowd's delight, Rihanna sang “Diamonds” with camera phones all lit up in the stadium- portraying an image of diamonds lighting up the Johannesburg night.   The crowd was satisfied as she gracefully bowed out thanking us for enjoying this night with her. The most memorable part of the night was when a fan gave her the South African flag which she then wore as she left the stage-  another salute to the gracious audience who had given her a warm welcome to the country.

Amongst the local South African celebrities spotted at the Rihanna Concert were Claire Mawisa as well as 5FM DJ's Nicole Da Silva and Poppy Ntshongwane.  Although they tried keeping things low key, the ZAlebs eye was too quick for them.

ZAlebs would like to thank Big Concerts, Live Nation and all the organizers who ensured that ZAlebs could be present on the day. We can't wait to see which international artists the organizers have for us next.

See pictures from the concert here.