Africa’s biggest night in music, the 2014 Channel O Africa Music Video Awards, was once more a massive celebration of the crème de la crème of the music industry.

East and Southern Africa reigned supreme in the form of South Africa’s Cassper Nyovest and Tanzania’s Diamond who scooped the most awards on the night.

Cassper - who has been on a winning streak this year and most recently celebrated his debut album Tsholofelo going Gold - his catchy club banger “Doc Shebeleza” earned him a win in the Most Gifted Male, Most Gifted Southern and the biggest award of the night the Jameson Most Gifted Video of the Year categories. And of course we think the most treasured award he received was the Amanda Kiss Award that caught us off guard.

We must commed Cassper at how he constantly changed suits for each award he received. Our personal favourite was the blood red suit, matched with red sneakers. Funny enough AKA's stylist was wearing the exact attire apart from the black sneakers he wore. None the less congratulations Cassper you've become the envy of many men in more ways than one.

Up against Thembi Seete, Bucie, Lizha James and Seyi Shay, “Eminado” featuring one of the continent’s well-respected producers Don Jazzy garnered a win for Tiwa Savage in the Most Gifted Female category. KCEE won the Most Gifted Duo, Group or Featuring award for his song “Pull Over” which features one of Nigeria’s best selling artists Wizkid, beating K.O, who undoubtedly has had one of the biggest songs of the year. The awards for the equally competitive categories Most Gifted Kwaito and Most Gifted Hip Hop went to Uhuru featuring Oskido and Professor for “Y-Tjukutja” and A.KA for “Congratulate” beating Khuli Chana and Cassper Nyovest respectively. Other winners included Busiswa (Most Gifted Dance – “Ngoku”), Buffalo Souljah (Most Gifted Ragga/Dancehall– “Turn Up”), Donald (Most Gifted R&B – “Crazy But Amazing”) and Olamide (Most Gifted West – “Turn Up”). 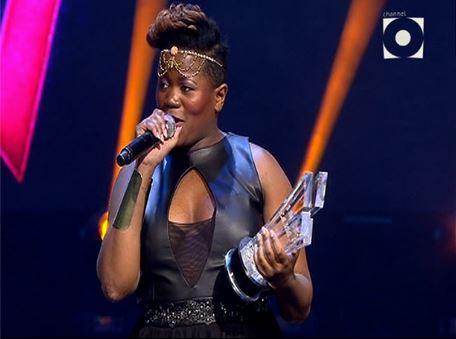 The only award not determined by public votes, the coveted Special Recognition Award went to Boom Shaka. Channel O paid homage with an honorary performance to the pioneering group that dared to be different and ultimately shaped the Kwaito genre in the ‘90s. Bucie and Busiswa took to the stage and joined remaining group members Junior Sokhela, Theo Nhlengethwa and Thembi Seete and paid tribute to fallen band member Lebo Mathosa with an emotional rendition of the group’s song “Free”, concluding with a spectacular trip down memory lane with the mega hits “Thobela” and “It’s About Time”.  How legendary was Thembi's rap segment of the performance? Her lyrics on "It's About Time" are undoubtedly one of the most famous lyrics in the South Africa's music history. 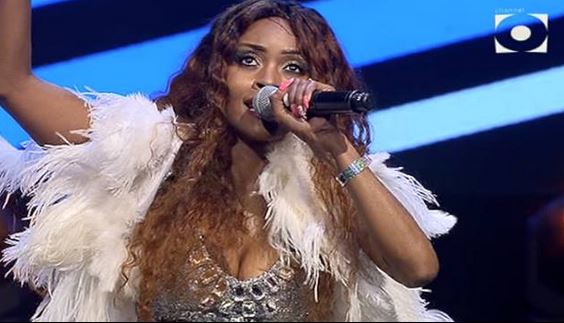