Miley Cyrus is an attention grabber of note. As if the popularity she gained from the Hannah Montana series wasn't enough for her at the time, she was pictured nude at age 15, or 16, whatever; point being. she wasn't legal. At the time we all thought that that was an innocent mistake made by the innocent young innocent child star. It wasn't. It was a sign of things to come! Now I try not to be a judgemental person, ye without sin  cast the first stone, and all; but Miley's VMA performance made it really hard for me to resist the temptation to judge. So I did. 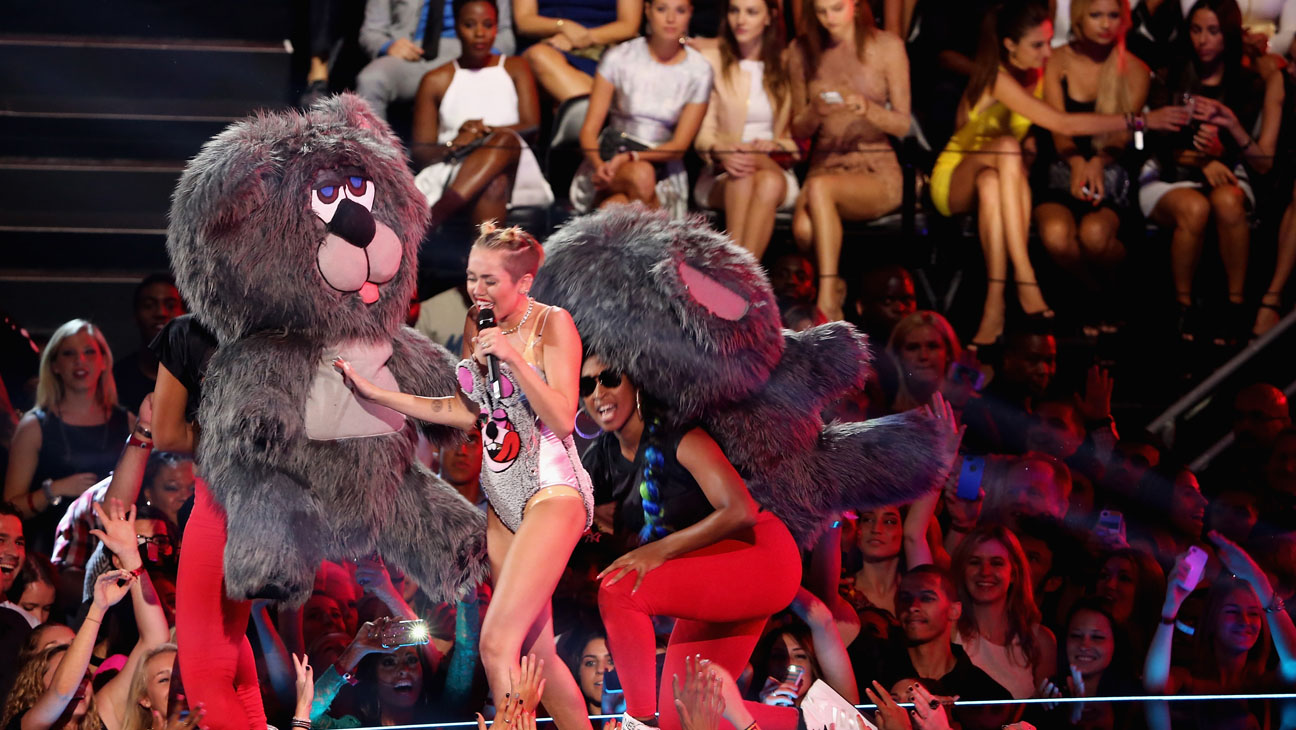 She looked desperate. Desperate for any attention she could get and willing to do anything to get it. Like that girl in the club who tries a little bit too hard to let it be known that she's available (Funny thing is, that's the girl who goes home alone 9.5 times out of 10!) I don't need to go on about what I did and didn't like about the performance (Nothing and everything, in that order), but what I've found interesting is that many people have been identifying several factors and people who are to blame for Miley's actions. So, I've decided to tackle a few of the reasons behind these people/factors who are to blame.

Apparently Jigga is the reason why this performance happened because in his song "Somewhere in America" he encourages to "Twerk, Miley Miley, Twerk" Please can you give me a break. Miley Cyrus' actions are NOT the result of Jay Z's (Admittedly catchy) line, which was more of a witty tease than anything else. He said "Twerk" he did not say "Violate our television screens"

If my daughter was roping around a stage surrounded with teddy bears, taking every opportunity to twerk and pull crazy faces, I'd probably need to reasses my performance as a father. While I don't have a problem with twerking, I'd probably have a problem with the over the top-like nature in which she embraced it, and I'd have had a word at some point. Maybe he's trying to allow her the opportunity to find her own identity outside of the Cyrus family (We think she's found it...) Negiligence isn't the best form of support Billy. So while he didn't actively say "Go. Go and make sure all the kids who are watching this with their parents get sent to bed immediately" He could've done more to ensure it didn't spiral this far out of control.

Erm. I don't see the connection between this video, and Miley Cyrus. If that's the case then we can blame just about every hip hop video ever made (Which some have done in fairness!)

Shock! Horror! Gasp! How could we possibly blame MILEY HERSELF?! She made the conscious decision to become the poster child for why twerking doesn't work for everybody. In fact, even her TEAM was shocked as to how the performance went; none of that was planned in rehearsals. Miley made the conscious decision to take her performance to the heights (Or lows...) that it did.

#MileyCyrus chose to perform that way so that ya'll will spend the week speaking about her. Pretty clever if you ask me!

However, Sade Giliberti's tweet earlier today got me thinking. She's been trending for the last 48 hours (Normally you have to have a baby, or die to trend for that long!) International and local entertainment news outlets only have two words on their collective lips. Miley Cyrus. And at the end of the day, that's the only thing that will matter to her, and it's hard not to look at her performance as a success in that regard. So while I don't agree with the manner in which she achieved it, the world is saying her name and as a celebrity, that's all that really matters.