Monday is upon us and its about that time ZAlebs speaks to the latest  evicted housemate from the Big Brother house,Tanzanian Feza who follows her house mate boyfriend O'Neal who was evicted last week.
ZAlebs read an article that mentioned that you’re the type of housemate people either really like or really dislike, how do you feel about that especially with the dislike part?
I think a lot of times I’m misunderstood, maybe that’s why I’m really not sure.  But I get that a lot from people…it’s chilled really.
Last week we saw you come clean about your relations with Elikem and Pokello, why did you decide to all of a sudden open up to that extent?
I was very emotional that week, and before O’Neal left he was one person that I could go to, when I really needed to just vent out.  I hadn’t really told anybody about my thoughts with regards to Elikem everything just came out unexpectedly also at the beginning of the game Elikem and I were very close so I thought that I owed him an explanation as to why I drifted away from him and that is simply because he was not loyal so I really just wanted to start a new clean slate with him.
How are you and O’Neal planning on making this relationship last, considering that you both live in different countries?
Yoh! I have no idea man, I just got out but I guess we’ll have to discuss it when we see each other, we’ll see.
It seems like Africa has something against BBA couples considering that many of them have been evicted, why do you think couples are disliked by the viewers?
I don’t necessarily think African viewers have something against the couples, I honestly think it’s because to Africa I was different when I was single and when I was in a relationship with O’Neal they just felt that I had changed and become someone else.  Also they may have had the view that as a housemate you have the great opportunity of winning this great lump sum of money and here you are placing your focus on other things which easily could’ve irritated them. 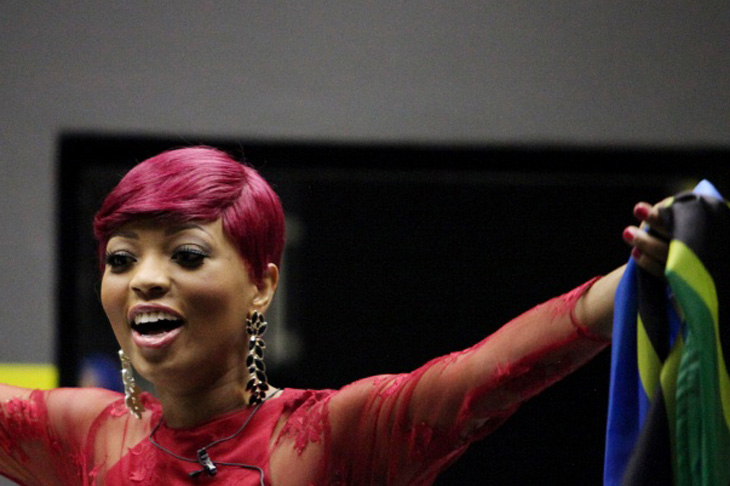 Who are you hoping to see leave next week and why?
Maybe Cleo I have no particular reason as to why she should be evicted.
You hoped for growth and exposure whilst being in the house, apart from exposure do you think you’ve received some considerable amount of growth there?
Oh yes, definitely I’ve left the house a very happy woman and have taken a lifetime of life lessons from being on this game.
Our interview last week with O’Neal he admitted that he is quite a controlling man, were you ever overwhelmed by his controlling nature?
I actually didn’t think he was controlling, it felt like he was just being protective a bit too much at times.  It wasn’t really an issue with me because I’m very expressive and I would tell him if something did not settle well with me, so no O’Neal wasn’t controlling.  He’s a very intelligent man and I really value what he had to say.