By now you will have seen the news that was first reported a few days ago by gossip site, The Juice, which revealed that Itumeleng Khune had confirmed that he and Minnie Dlamini were no longer an item. We were shocked; despite recent reports of a rocky patch between the two, we couldn't quite believe what we were reading.

“Yes! Itumeleng Khune has finally put us out of our misery by admitting that he’s no longer dating Minnie Dlamini. Well, we kinda figured that things had ended when it was reported that the Kaizer Chiefs goalkeeper had moved on with another girl. But there was one problem: neither Itu nor Minnie admitted to breaking up!

“Now Khune has cleared the air after one of his Twitter followers asked him if he’s still with the TV presenter. The tweet from @MasixoleGanstho read: “@IIKHUNE_32_16 Are U still with @MinnieDlamini, only that question my Chief.” Itu’s response was: “@MasixoleGantsho @MinnieDlamini honest truth a big NO [smiley face].” You heard that? A BIG NO!” – Via The Juice.

Now,  the public confidence in the health of Khune and Minnie’s relationship has been dwindling for some time now. Much of that has been through the continued rumours around various interactions with one's opposite sex (Not mentioning any names, but uh...this must have been awkward ). Some of it has been less subtle, for instance: We haven't seen as many Instagram posts of the two as we used to, have we?

Regardless of the speculation, we've done some digging on how true this confirmation is and we came up with nothing. We began by  Googling @masixoleganstho and were surprised to learn that the Twitter handle does not seem to exist on the social network. It's possible that the account could have been deleted. But why would the alleged inquirer of Itu and Minnie’s relationship delete their account? After all the question was an innocent one; he certainly wasn't violating any Twitter laws that would warrant suspension.

Until such time as we can confirm otherwise, all we can do is speculate. Minnie and Khune could be broken up; or they could have stumbled upon this picture below- a quote from Tyrese. 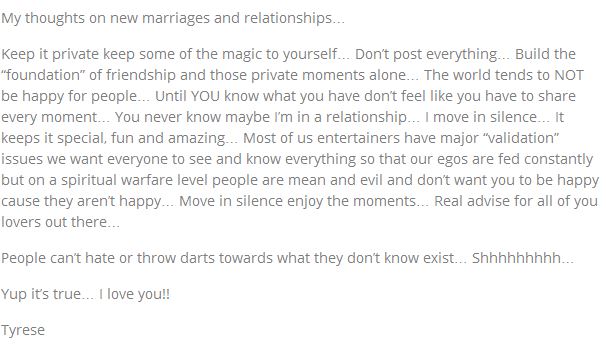 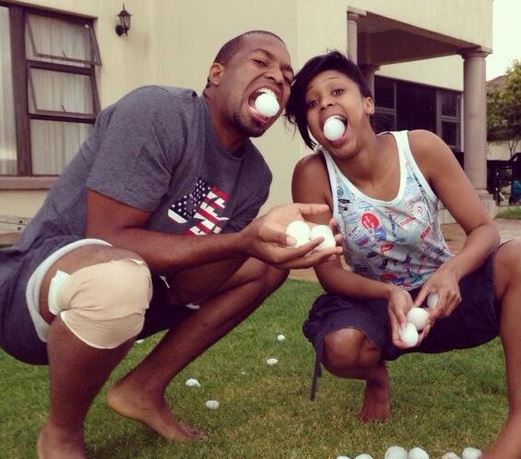