Boity, Simpihwe Dana, and others have taken to Twitter to voice their opinions on domestic violence.

This comes after a Twitter user was exposed as being abusive towards his girlfriend on the social media platform. On Monday morning, Twitter user @PearlzoM, accused her boyfriend, @SiyaNyezi, of beating up her up and abusing her emotionally and physically. 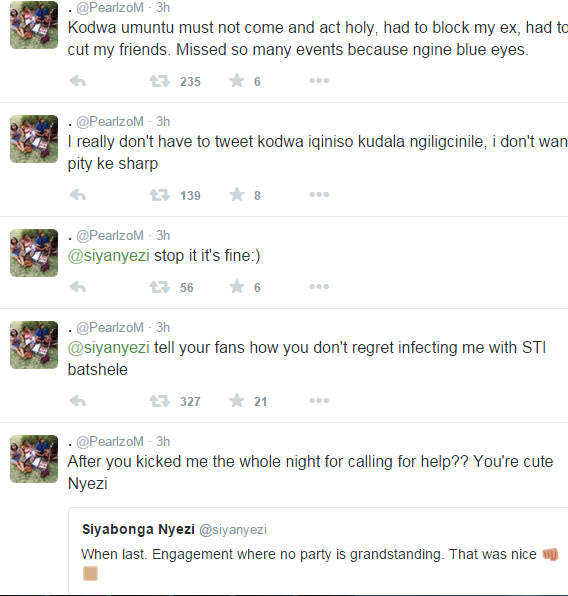 Pearl received a lot of support from her friends and others, and had a lot of people talking about the topic - with some even sharing their personal stories about abuse.

Boity started by encouraging victims to speak out.

You can save a life by speaking out about being abused. Be not ashamed. No matter the circumstance, IT IS NOT YOUR FAULT! #ExposeTheAbuser

She mentioned that she has a close friend who's been in an abusive relationship.

I have not been in an abusive relationship but I have a very close friend who was in one. That shit is horrifying and painful to see.

It takes a lot for abuse victims to speak out. Kudos to those who do. Strength and comfort to all abuse victims

Others shared their personal experiences.

I knew a very beautiful woman who's husband would fill a bath with boiling water, strip her&dip her in as punishment for coming home "late"

Thats just one of the many incidences that left her bruised&scarred...she's not around to tell her story because the abuse led to her death