Carol Tshabalala gets to meet a lot of famous people in the sports industry, but there is one particular athlete she seems to be a huge fan of.

The popular sports presenter has nothing but love for Didier Drogba, and the pair have bumped into each other quite a lot over the past few weeks.

Now before you get any ideas, the pair both have significant others - apparently.

But it is great to see Carol, not only networking with big names in sport, but also developing close friendships. She usually hashtags pictures with the football star, #Fam.

Carol was in the UK on Thursday for an NBA London 2016 match between the Toronto Raptors and Orlando Magic at the O2 Arena.
And guess who she bumped into – again? Yip, you guess it, Mr Drogba.

A day earlier, Carol hung out with Didier and other African sports ambassadors. Didier even signed a football jersey for Carol with the message: “Dear Carol, simply the best.”

In December 2014, Carol and Didier were together again for the Giants of Africa All-Star benefit gala in Toronto, Canada. 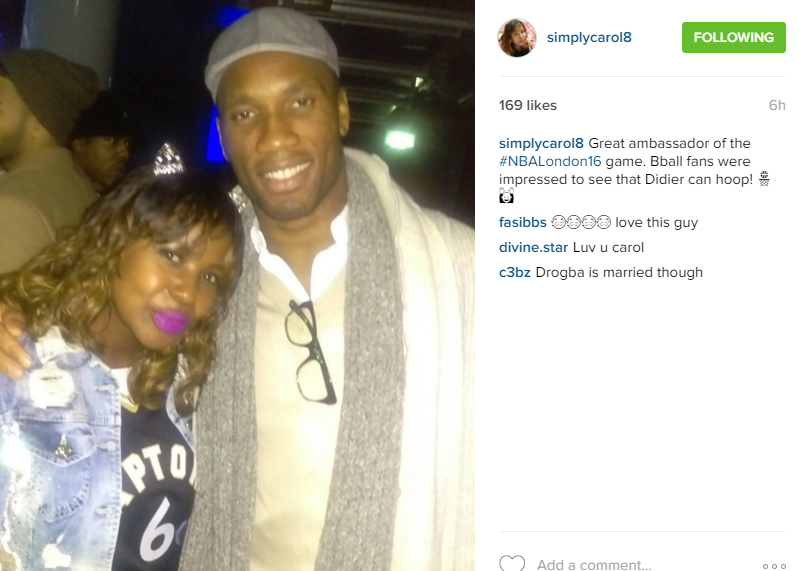 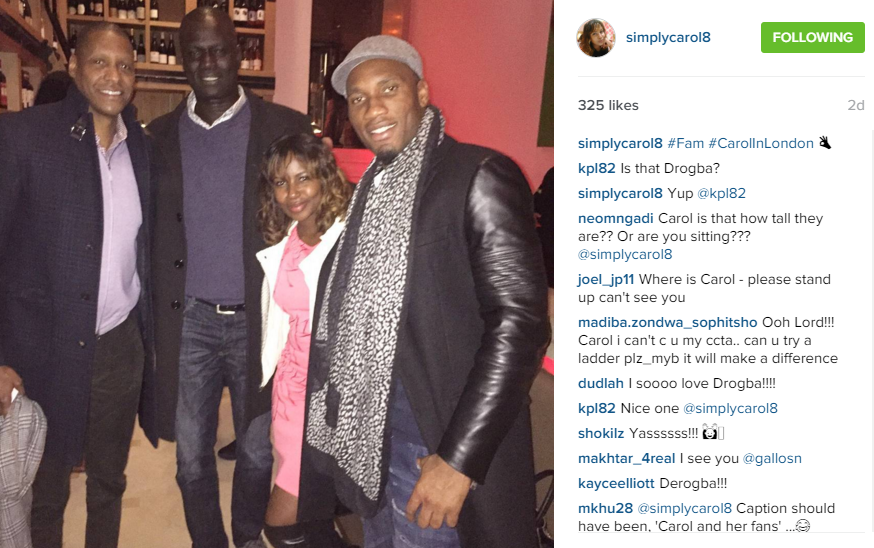 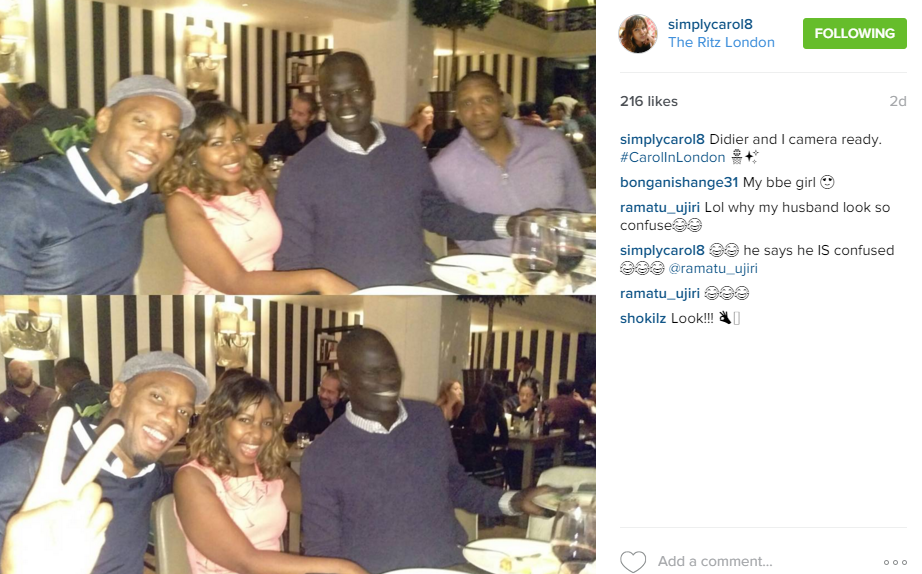 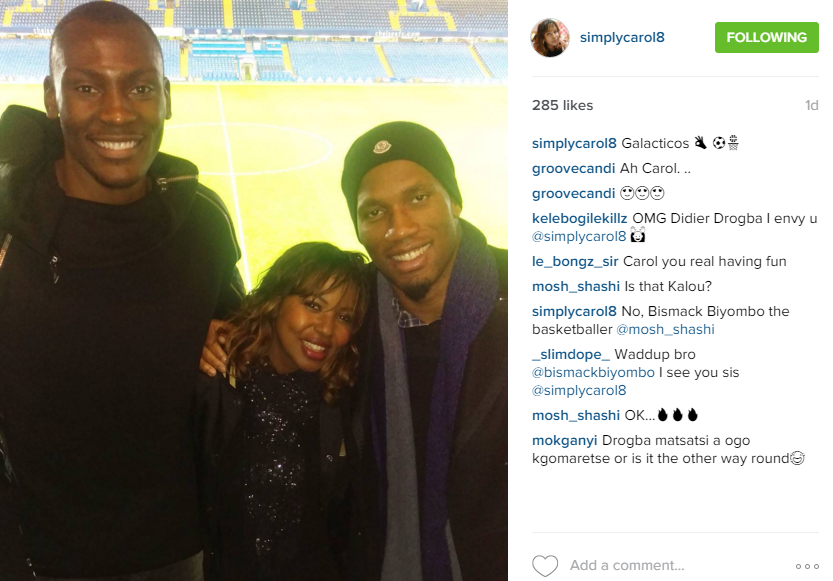 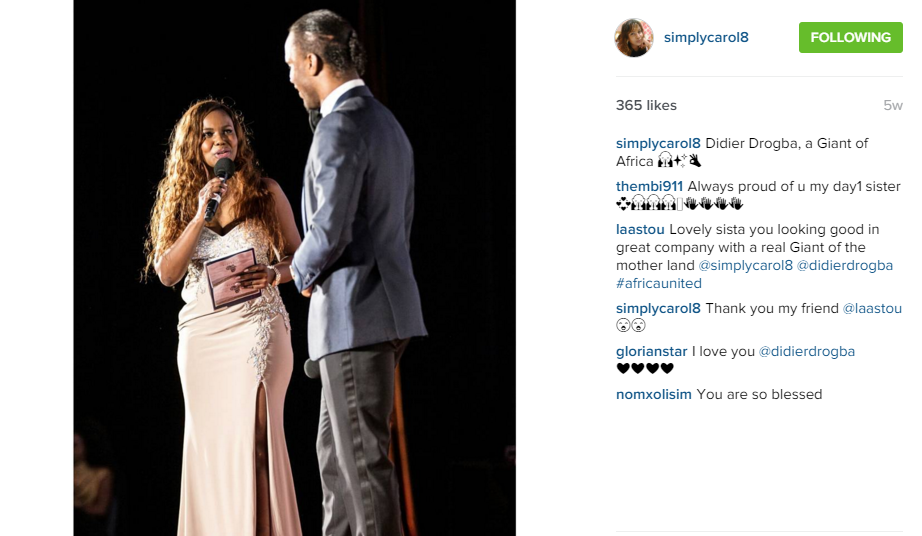