Chad Da Don, the name might sound familiar to many, especially if you’ve become accustomed to his beat thumping single Hola that is known to raise dust whenever performed on local stages. With him rapping alongside the likes of Nyovest, Chad could easily pass as that white pantsula/rapper and if you listen carefully to his lyrics you’ll find that the former soccer player now turned rapper spits a few impressive Tswana terms in his lyrics.

The first time we had a whiff of your skills was last year when you presented to us your debut single Hola. This track has an amazing beat to it, who was the producer behind the song?

My good friend Anatii produced that track and funny enough it was my first single. Anatii and I went into the studio and I explained to him that I wanted to enter the game with a track that really describes who I am as a rapper, something that’s exciting and most importantly something that people would actually want to hear. Anatii played the beat and I was immediately blown away, the next thing I was penning down the lyrics and since then the response has been amazing.

We’re quite impressed at how seriously you take the production of your music videos. From Ray Bans to the Best night of my life videos, which we even thought you filmed in Las Vegas, who did you work with for both these projects?

It’s interesting how the Best night of my life video came out so perfectly, I really didn’t expect it to be that good, but we put all the effort into it and funny enough that video was shot in Cape Town so it’s flattering to hear you say it looked like we shot it in Vegas.

One characteristic we respect about you is that you’re actually quite a spiritual person. Tell us more about your spiritual journey so far?

I’m very tight with the Lord, I’ve never shied away from the fact that he’s my homie. You know I’ve seen a lot in my life and God has just helped me through everything I’ve witnessed within and outside of this industry. He’s definitely everything to me. Yes I’m a believer and I will always be a believer.

What were your parents’ reaction when you told them you’re planning on pursuing a rap career?

My mom has always been supportive, even when I used to play soccer. I played for South Africa and we won the World Cup for the under 14 tournament so my mom has always given me the thumbs up with whatever decisions I’ve made in my life.

So when I chose to take this music route she came through for me again. My mother has always known that I loved rapping since I was a kid, this whole rap thing was always a part of the plan which makes life a bit easier when your folks are behind you all the way.

Your recent single Ray Bans features rapper Blayze, how did that collaboration come about?

Blayze and I have actually been friends for a while now and we had been in chats about doing a collaboration for quite some time. We eventually got into studio so I made him listen to the Ray Bans instrumental which was produced by George Avakian, Blayze loved it, we laced the song with our lyrics and the rest is history. Cassper Nyovest heard it and he was also as keen on putting his verse on the track.

Would you consider yourself part of the motswako movement?

I love motswako and I do add a lot of siTswana terminology into my lyrics but that’s because I come from a soccer background and we used to use a lot of Tswana slang terms during training. Me adding Tswana to my songs is just my way of ensuring that my sound is authentically South African as possible. 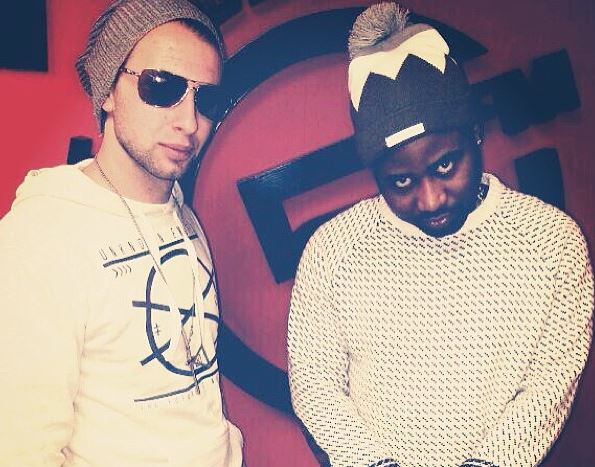 You’ve worked quite close with Cassper Nyovest, who has recently received negative and positive publicity. How do you advise him on how to handle all the hype that is currently surrounding him?

I really just remind him of how far he’s come in the game and that the devil will throw many things in your path but when God has his hand on your life nothing will steer you away from the end goal that you want to achieve.

Besides singles like Phumakim and your own material, which single is currently blasting through your car speakers at the moment?

I really like Kid X’s Pass n Special plus the video is really dope and I really like this whole skhanda movement that they’re pushing. That's my jam right now.