ZAlebs spoke to TV presenter, actress and dancer, Chanel Hurlin this morning. Chanel plays the character of Gwyneth on SABC1’s drama, Amaza. We speak about this role, the challenges of breaking into the industry and more!

Hi Chanel Welcome to ZAlebs how are you doing?

For a few of our readers who might not know you, please tell us a little more about yourself

Well, I’m 22 and I am a born and bred Cape Townian! I’m a TV presenter, actress and dancer (although that’s more of a hobby) but that’s me in an nutshell!

You’re on SABC 1’s drama, Amaza. How did the opportunity for the role come up?

It’s my first big acting role actually! I have been on TV from age 14, but I hadn’t been on-screen in SA as an actress. I’ve done international stuff before but this was the first big role as an actress in South Africa. It was strange to play a character rather than presenting a show on TV. How did it come about? I went for the audition last year, I got the job and now I play the role of Gwyneth, who is the girlfriend of one of the characters (Jaco). We shot the series during winter (it was freeing cold on the beach!) but we had to act like it was a summer series.

Gwyneth, your character, has been described as a “B***h”. What does it take to channel those kinds of emotions on camera?

She’s a b***h because her boyfriend starts to fall for one of the other main characters. Gwyneth becomes jealous and that’s where we see some of the negative sides of her personality. Channeling the emotions comes naturally to me because I have been acting since high school and have a lot of practice in separating my character completely from who I am. I do a bit of research for each character (For this character I used Mean Girls) I realise it’s not about me, I’m playing a character and it’s got to be all about Gwyneth. 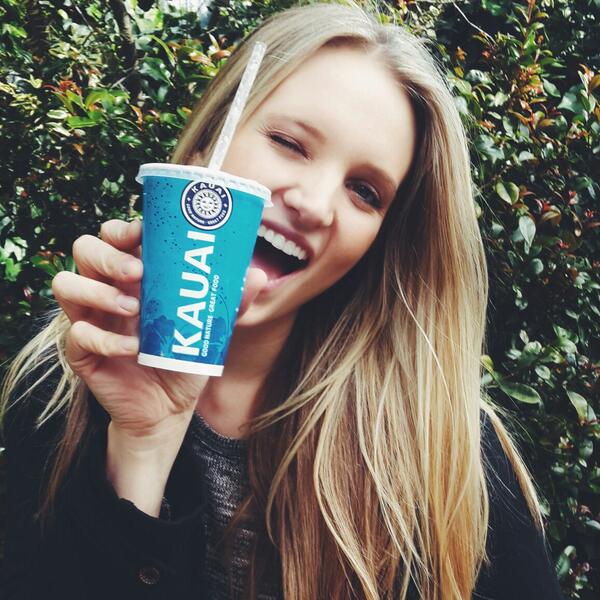 We have thousands of young talented actors, presenters and media personalities in this country. What does it take to eventually break through, from what you’ve seen?

I was on Hip2bSquare all throughout high school and I would film that every Monday for 5 years.  I don’t think I appreciated it as much as I do now. After it was done in 2010 I realised “Oh snap, I don’t have a job” and that’s when I became proactive about looking for the next job.

I think the first step is to get an agent because that’s your connection to auditions, production companies and everything else. That’s an important first step. It’s also about luck and hard work. Eventually as you start working hard you build a reputation but you never know what’s coming next in this industry and you could get your lucky break at any time. It’s what makes it exciting.

Who stands out for you in the local entertainment industry right now?

I’d definitely say Bonang and Jeannie D. I was able to meet Bonang during Joanne Strauss’ Online Presenter Search they both taught us so much,  Look, I love acting and it comes my way but TV presenting is my passion and those two ladies are definitely my icons.

What would you say is the next big step for you in your career?

Well, Top Billing for sure [laughs]! I just want to be able to present 24/7, I love the camera and when I go to an audition for a TV show I’m so excited because this is what I want to do. Any kind of top travel TV show would be a great next step

Do you have a rival in the industry? Who is it?

I don’t have a rival as such. I could say that when you go to acting auditions when you have a brief, any blonde girl is my rival at the moment!

Lastly, message for your fans?

This is the first time I’m doing this, I feel like I’m winning an Oscar! [laughs] I know how much it means to be followed and in such a cut throat industry and it’s good to know that I have the support of family and friends.