So we’ve highlighted many of our favorite local celebrities in the past, some are still together and some sadly have broken up.

However, there is one couple we’ve accidently looked over in the past. During a recent event we attended we spotted acting couple, Dumisani Mbebe and Mbali Maphumulo all snuggled up together in one of the celebrity tables.

In all honestly, we had forgotten that these two are an item. Dumisani and Mbali married in 2012 and had been dating for four years prior to their marriage. 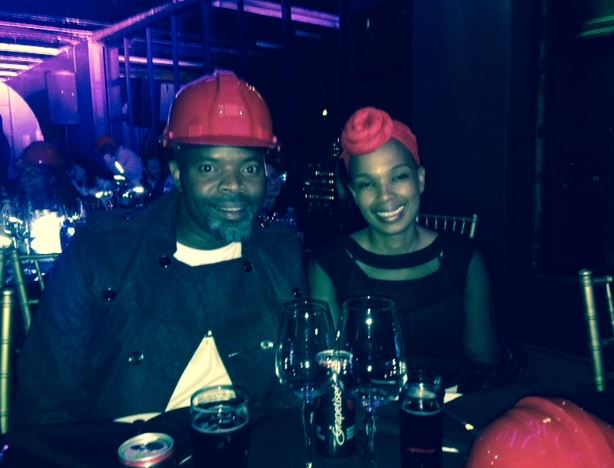 ZAlebs snapped a few pictures of the two whilst they enjoyed dinner amongst other celebrities and by the looks of things, they’re still very much in love with each other.

Dumisani had a great run as “Dumisani” on Generations and he currently acts on Rhythm City. Mbali’s most memorable stint was on Isibiya when she played the role of “Buhle”.