Two weeks ago, Hayley Owen was announced as one of the two faces who will be presenting the exciting new show, Skywin Holiday. The former The Wild actress will be presenting alongside Siv Ngesi. We spoke to her about the show, her recent engagement and more!

Hi Hayley welcome to ZAlebs! It’s been just over a month since you got engaged, how does it feel to not just be a girlfriend but a Fiance?

Thank you very much. Yes it feels amazing! It’s been the best month ever, we’ve both been on such an incredible high, we’re enjoying it.

The song that comes to most people’s minds is Beyonce's Single Ladies. Did any song come to mind when he popped the question?

[Laughs] No, no song came to mind. In fact, we don’t really have a song! We were trying to work out our wedding song and nothing was coming to mind. 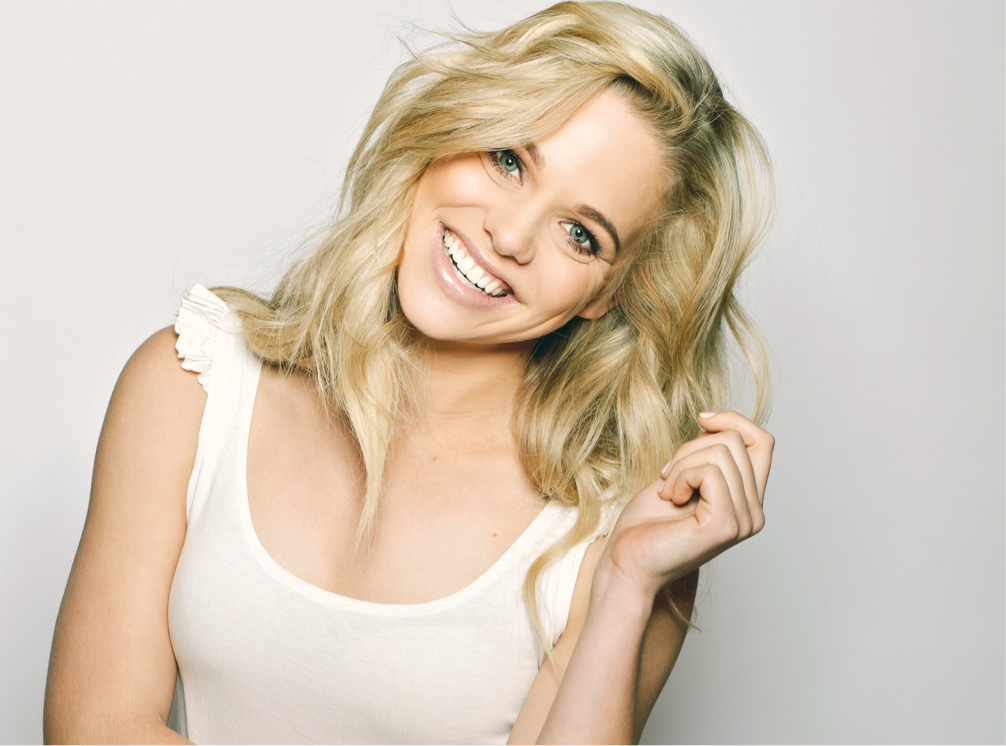 It’s an exciting time for you right now. As well as the engagement, it’s been officially confirmed that you’re going to be presenting Skywin Holiday alongside Siv Ngesi. How do you feel about the new role?

It’s my first presenting role in SA; my previous presenting job was for a television show when I was based in London (England). The Skywin Holiday role is really nice though. I recently met Siv and we have a great energy together as well.

For those who didn’t catch the first episode on Friday, please break down Skywin Holiday and how it works?

So how it works is you send an SMS to 48430 and when you enter you get a unique code. If we draw that code, you’ll be given R100,000 to spend on your dream vacation as long as it’s booked through Flight Centre. You can choose to go anywhere in the world as long as it’s to the value of R100,000; so you can imagine the possibilities! In future there will be certain products you can purchase that will come with a unique code which will also enter you into the competition.

Siv Ngesi is a comedian so he’s obviously funny and witty. Do you think you two have a good dynamic as co-presenters?

Siv is a fun guy but he’s also really professional which is great. There’s nothing worse than someone who doesn’t know their lines or someone who shows up late. Although I’m presenting, I bring a lot to the table in terms of the work I’m doing in the background. I’m project managing the whole production, I’m script writing and managing production of the show. On screen we both bring a fun attitude with some great improvising and charming dialogue.

We’re also easy to relate to. We are the kinds of people who would be entering this kind of competition and wanting to go on on these kinds of holidays. Who in their 20s and 30s wouldn’t want to win a holiday?

We saw the first episode air this Friday, what did you think of the reaction and feedback that followed?

That’s right, Skywin Holiday is on eTV every Friday at 6:45pm. When I watch it myself I’m highly critical. I noticed that I bobbled my head a lot [laughs]. But everyone loved it and everyone I know wants to enter. My friends were all upset that they didn’t win the big prize though!

What other projects will you be working on this year?

I’m in the middle of doing a digital road show where I go to primary and high schools and teach people to be safe and responsible online. The need for it is so big and the response has been quite overwhelming. We’re also speaking to adults and helping out where we can with social responsibility online.

Aside from that, I still have my sports/lifestyle show on Ballz Visual Radio. We’ve watched the likes of Jeremy Mansfield, Mark Fish and Jake White join the station and it’s slowly gaining traction. I do feel that online radio is still ahead of its time in SA but to have such industry legends working on the station is very exciting.

I also have my own company called Actorvate. We do everything from celebrity PR to corporate events and more. You can find out more about us on www.actorvate.co.za

Yikes it sounds like you’re very busy! How do you manage being a celebrity and business lady at the same time?

I promise you I’m juggling so many things- I’ve got my finger in a lot of pies! Sometimes you have to do that in this industry; you have to be hustling and trying to do as many things as possible. Acting is my first love, but acting jobs come and go as we all know so it’s important to always have something you are working on.

A little random but if someone came to your house and opened your fridge what would they find?

Oros!!! Oros, Oros and maybe some half empty mayonnaise!

Lastly, one last message for your fans?

Keep following me on Twitter (@HayleyOwenSA) and Facebook (Hayley Owen SA) all the things I’m doing! Also don’t forget to listen to my show on Ballz Radio (www.Ballz.co.za) on a Friday Morning between 9-12am.