Not everyone gets the chance to have a 10 minute Kwee-kee with SA’s top musicians. But hey, we did just that. This week: The band Goodluck. 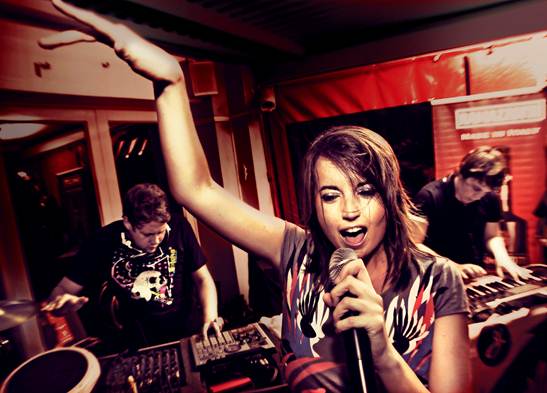 1) Which international band or artist should open for you?

Basement Jaxx because we are massive fans and they have a song called Goodluck which also features Lisa Kekaula who sings on both our albums!

2) How important is it to floss?

3) The thing about SA fans you love the most?

We recently did 10 secret listening sessions around the country for our new album Creatures of the Night and sharing the new music with our fans was incredible - the response blew us away!

4) Your favourite song of yours?

We are all loving our new single Trickery - which has this awesome drum n bass feel and some amazing guitar work from Carl Wegelin which we recorded in the ghost town of Kolmanskop in Namibia.

5) Weirdest memory of school ever?

High school discos. We all have horror stories we'd rather forget!

6) Any advice for Miley Cyrus?

7 months too late, but she could perhaps  try making an album in the desert instead of flashing her bits about.

7) Which song do you wish you had written?

8) Any rituals before going on stage?

At the moment it's putting together the new set list - figuring out where to put all the new songs along with the old favourites! Jules likes to have a cup of tea.

9) If you were a superhero, what would your name and superpower be?

CreatureOfTheNightMan - Power: SolarPower, and his left hand would transform into a parabolic microphone.

Recording music in the desert. There is nothing that has changed us more than that experience!

11)  Who should play you in the story of your life?

Ryan Renolds for Ben, Kevin Spacey for Raiven and Jules wants Morgan Freeman. It might be his most challenging role but she says he can pull it off. 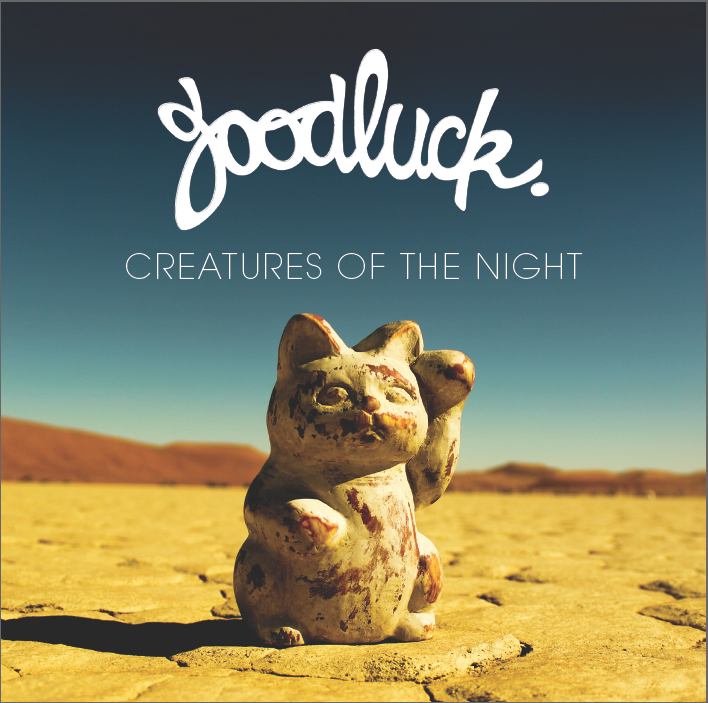 13) If a train leaves the station at 2pm, carrying 17 people, and stops once to pick up 4 more people, why?

Sounds like a Namibian train. Did I mention we recorded one and used it on our new album, Creatures of the Night on a song called The Universe which features Mathew Gold.

14) If you could do a duet or collab with any artist, who would it be?

We've been so fortunate to work with such incredible artists already - Lisa Kekaula, Mathew Gold, Justin Denobrega and Sean ou Tim. We are doing pretty good on the Bucket List but it's a long list.

Ben: Creatures of the Night was recorded in the Namibian desert.

Raiven: Creatures of the night comes with an awesome bonus DVD.

If you want to hear more from Goodluck, why don't you look into purchasing their album, Creatures of the Night on iTunes?