They left their playmates in bereavement with tears and heartache after one of the most emotional evictions we’ve ever seen. ZAlebs chats to Poolie and Lexi about their relationships and Lexi not using protection in the house.

Poolie, you seemed very disappointed with your leaving the house, were you surprised?

Poolie: Yeah man, I expected that I’d be nominated but I didn’t expect that I was actually going to get voted out. I was just really sad that I was leaving Loko.

When you were walking up the stairs and looked back into the house, what was running through your mind?

Poolie:  I actually wanted to run back to the house and give Loko a hug and kiss for the last time man, but ja Big Brother didn’t open the doors.

At the beginning of it all game you were a very quiet guy but in these last few weeks you came out of your shell a lot more. Was this part of your strategy?

Poolie:  Sort of, because during the early days I was just sussing everyone out to see what they’re all about and as soon as I was comfortable with everyone I became vocal.  I wouldn’t say it was a strategy but just the way I am.

Do you think that Iris and Kat have Loko’s best interests at heart, especially now that you’ve left the house?

Poolie: I don’t know about Kat, but I believe Iris does have Loko’s interest at heart.  I don’t think Kat is being a real friend to Loko, she’s just too fake for me.   There was even a point where I didn’t like Kat for like a good week.  Iris on the other hand I think is good for Loko.

Last week we saw you and Loko’s first fight, what was running through your mind when she suddenly dismissed you like that?

Poolie: I was thinking that this chick is crazy because we’d argue about the smallest things and then she’d just snap at me. However, I also like how we resolve things quickly- so the following morning we just talked things through and we were back to being cool.  That night we fought was a bit hectic ,I must say but I learned a lot about her in the house.

Next in line we spoke to this week’s other evictee, Lexi. Let’s see what the sexy former BBM house mate had to say. 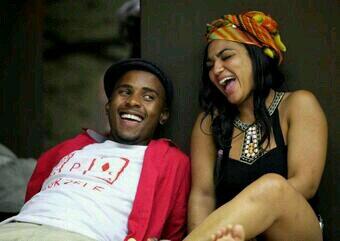 If Emmett requested another date with you, would you go out with him or not?

Lexi:  No! Firstly I hate dates and secondly I don’t need to explain it, my no is my no and that’s not going to change.

Many people in and outside of the house have criticized you for trying too hard to be real - what’s your opinion in that?

Lexi: In terms of people from the outside- for instance, I believe my family knows me very well so I wasn’t too worried about that. As for people within the house, I just felt like there was a lot of underlying fakeness and there was no chance of them being genuine to me.  I felt like if I was going to be part of the pack I wasn’t going to be original and I didn’t want to be that.  People were just irritated that I was just being me for all of the days. I was there and that was more than enough for me.

The outside world was taken aback when you said that your relationship with Mandla was just a friendly one.  Should Mandla come out and ask for a relationship would you decline his offer?

Lexi:  He’s done it a couple of times and I’m not going to change my answer now just because the cameras aren’t there; however we’ll just have to wait and see what’s going to happen in the future.  I think, if a relationship doesn’t occur outside of the game,  we will become close friends for a very long time.

You did quite a few sexual things in the house (Specifically in the showers and in bed!) are you afraid of your family’s reaction when you get back home?

Lexie:  Not really, but one thing I need to put out there is that we were both not responsible enough to be safe in what we were doing.  So I just want to make it clear that safety is number one, even though I didn’t practice what I’m preaching right now.  We were just really close and connected emotionally in a lot of ways.