When President Jacob Zuma announced his news cabinet, moving former police minister Nathi Mthethwa from the security cluster to the arts and culture portfolio,it had the public hot and bothered.

Eugene Mthethwa (pictured), formerly with kwaito pioneers Trompies and now acting secretary general of the Creative Workers Union of South Africa, called for the arts community to give the minister “the benefit of the doubt”.

"As Creative Workers Union of South Africa, we welcome the decision taken by the president to appoint the Honourable Mininster Nathi Mthethwa as a political head of the Department of Arts and Culture. We therefore have high hopes and expectations in his leadership. We cannot prematurely judge his capability without having given him an opportunity to prove himself fit or unfit. We believe that no minister was born for a particular portfolio but it is the ability to adapt to a new environment that is key.

"It is therefore our wish and hope that he will be open to dialogue and interact often with the stakeholders who bear the deeper knowledge of the issues affecting their sectors within the broader spectrum of arts and culture. We pray that he be accessible, responsive and mostly politically willing to go where others have not gone before by introducing new ways of doing things to get the long overdue transformation of the creative sector socially and economically going."

What does the union wish can be changed or added by the department that would benefits SA artists?

"Unwittingly and unapologetically so, I would say that the department must seize to be an events co-ordinating company or a promoter of events and allow professionals in that space to do what they do best. Officials must focus on finding solutions to grey areas that require introduction of new regulations, amendments and development of policy to better the running of such in a harmonized manner. The sector has SAMPA (South African Music Promoters Association) representing the previously disadvantaged promoters and therefore in line with the empowerment policies, government cannot be the one that stifles the implementation of its very own economic empowerment policies."

How helpful has the department of Arts and Culture been to your career of music and how much it has assisted others?

"Personally, through the many battles and challenges that I have been faced with because of my or our (CWUSA) interaction with the department, I have emerged much wiser and stronger. Beside the known battles and challenges, there have been positive contributions in the good intentions that might have gone wrong in the implementation.

"As Creative Workers Union of South Africa, urgent to our list of issues to be tackled by the new minister as he hits the ground running, are the following:

•    Recognition of practitioners within the sector as workers who ought to be equally protected under the Labour Relations Act like in the case of all other workers. Permanent casual workers' syndrome must seize to exist and Employer-employee relationship must find its way through policy and regulation.

•    Transformation of the sector in line with the existing socio-economic policies of the country. We believe that there is enough ground to be covered by existing policies in terms of the much needed transformation of the sector, what has been the missing link all this time, is a willing ear and political understanding of how best these policies could strategically be applied in the arts sector in order to achieve similar results like in other sectors, for instance, the IT sector, Mining, Farming... and the redress process that puts previously disadvantaged at the forefront of government interventions. Meaningful and focussed programmes than just individuals' footprint concepts are what would succeed the minister in delivering the long awaited miracle. 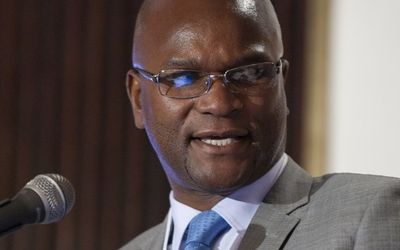 So just who is Nathi Mthethwa?

* A member of the ANC NEC and National Working Committee.

* Served as a shop steward for the Food and Allied Workers Union.

* Recruited into the underground work of the ANC as part of Operation Vula between 1988 and 1989.

* Arrested during the State of Emergency in 1989.

* Trade union and youth congress work continued until he was elected to the NEC of the ANCYL and served in its NWC from 1994 to 2001.

* Served as chair for the minerals and energy portfolio committee in Parliament, from 2004 to 2008.

* Served on the board of directors of the 2010 Fifa World Cup Local Organising Committee.

I really think he's well suited for Arts&Culture. He might bring a little Paris to it but I think he will be present #NathiMthethwa

New Minister of Arts and Culture, Nathi Mthethwa, has confirmed that Riah Phiyega is the new Commissioner of Ballet.

If exPolice Minister/currentArts&CultureBoss Nathi Mthethwa saw #3littlepigs I'm not sure if he'd give us funding or arrest us.

Nathi Mthethwa to Arts and Culture?! Yikes. SA artists better not think about going on strike

Is Nathi Mthethwa the right man for the job? Will he censor the arts?