Usually when Idols SA finalists get kicked out of the competition they disappear from the face of the earth, almost as if they were never part of one of SA’s most successful singing competitions.

However, this is not the case with Sphelele Ngcobo.

Sphelele, who was eliminated in the Top 4 round of the competition, consistently proved himself worthy of taking the title, but unfortunately did not.

However, it seems like Sphelele did not let his dream die on the Idols SA stage.

Sphelele has been in and out of the country performing at various events - basically making money from his incredible talent. 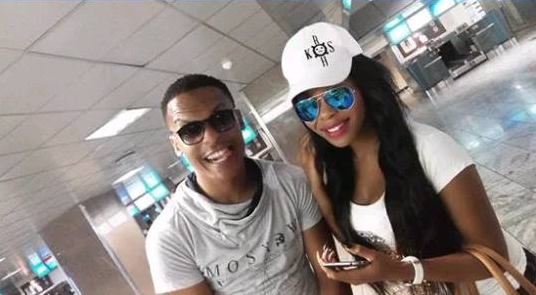 Just recently Sphelele jetted off to Botswana with Idols SA runner-up Mmatema for a performance, and he still continues to be invited to perform at corproate events.

Thank you Investec, Kotlwanong and Promaths for having me... Congratulations to all top students who did well in Maths and Science

Hopefully Spehele will also be releasing an album soon.

Just recently, he met up with veteran musician, Robbie Malinga to cook up what looks like is going to be a very exciting musical project.

Read how Sphelele told ZAlebs how he was pursued by a 15-year-old girl whilst still on Idols.