The award-winning singer is celebrating after her new album, Country Girl, went gold in less than 20 hours. The new project was released on Friday, 25 September and it's already a hit. Fans went out in numbers to make sure that they purchase their copies, which resulted in more 20 000 copies being sold. Now Zahara wants to sell 100 000 copies. 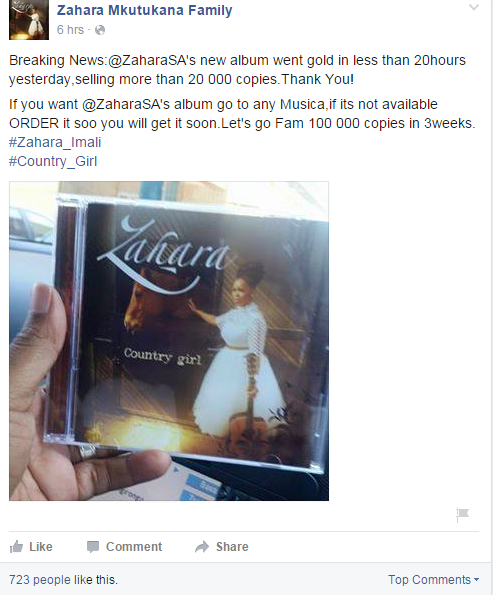 Zahara's success has inspired Nandi Mgoma, who's planning to release an album.

Proud of this sweet soul! She dropped her album "Country Girl" and it already went Gold in 20 hours. As a female musician who'll be dropping next year this is inspiring @ZaharaSA. She's repping for the queens hard. Let's make this humble talent go platinum!! cc #QueensInMusic