The television and radio presenter, who is engaged to Home Affairs Department spokesperson Mayihlome Tshwete, had her Amabhaso ceremony (kitchen party) at Engcobo in the Eastern Cape over the weekend.

How do we know? Well, we stumbled upon a post on Instagram from one of the people who attended the event. 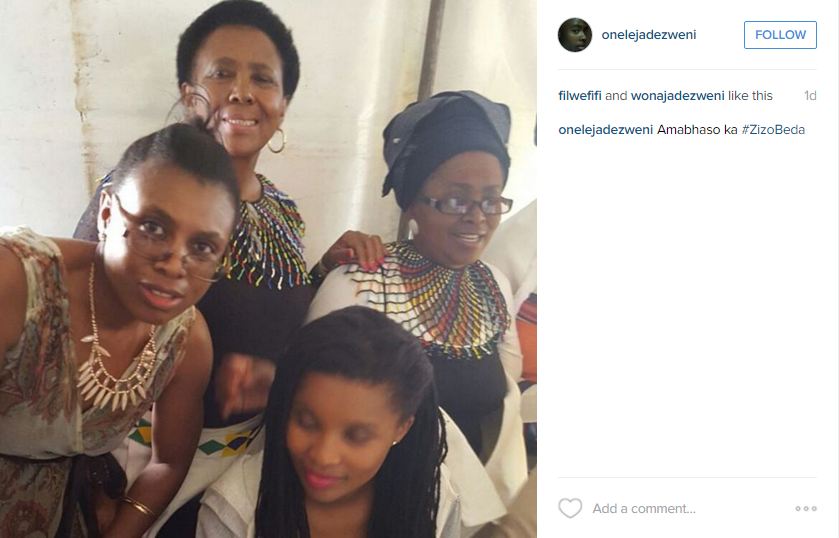 The former Selimathunzi host also spoke briefly about her Amabhaso on her Umhlobo Wenene radio show on Monday aftrenoon. She told her co-host KCI August that she received a lot gifts.

Zizo, who was on the cover of Bona maagzine's June issue, told the mag about her man: "All I can say is that it's great to find someone who is not intimidated by my drive, but rather extremely supportive of what I do. I was focused on my work when we met and I guess it was the right time to be together. There are a lot of things I adore about Mayihlome, but to sum it up, he makes me want to be a better person in everything I do."

A few months ago, Mayihlome confirmed to Gareth Cliff on CliffCentral that the wedding will be taking place in the Eastern Cape in December.