2014 was once again one of those years full of Twitter drama, laughter and twars (Twitter wars). None the less, Twitter still remains one of the most used and fun social media platforms in South Africa. You know we have those people who are called ‘Twelebs’ (I hear we have ‘felebs’, too - haha).

These are people we all see on our Twitter timelines almost every day. Even if we aren’t following them, these are our Twitter celebrities; they make us laugh, they make some cry and some actually do make you want to deactivate your Twitter account for a while, or maybe forever.

No matter how rude, selfish and arrogant some people may think twelebs are, we still love them. We still follow them and some of us are always excited for their next tweet; what is it that they have to say about what’s currently trending? Who’s going to be the next twar victim and who’s hanging out with who? They are witty, they can be very mean at times, but we still love them. 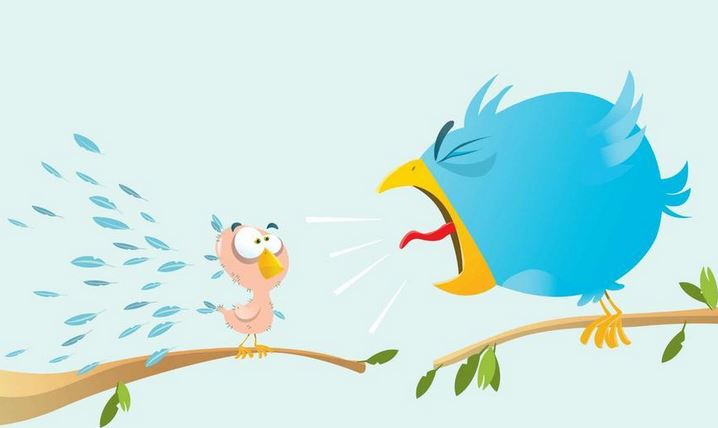 South Africa's finest twelebs chat to ZAlebs about their 2014 and changes they would like to see in 2015.

Give me one tweep you enjoyed following this year;

@IAmClaro - It has to be @AvoDaDon_. He's easily the funniest and most unrecognized people on my TL. He is hilarious effortlessly. I know u said one, but @Tokyo_Trev gets an honourable mention as well 4 being funny.

Give me one tweleb you consider as a ‘has been’

@Mzlee - I don’t think of the twelebs I know are has beens, many have been consistent for years.

@IAmClaro - Hahaha has been u say? Well, a few people that were once cool aren't the buzz anymore on the TL. Due to the fact that I have to drop one I will say ‎@__Senz. He used to be hilarious and honeys loved him back in the day. Now he's just another guy with a lot of followers. Pity, coz I think he's quite cool.

@ThembaRadebeer - I'm really not too familiar with the so-called Twelebs.  So I wouldn't know which is a 'has been"

@Mzlee - The overwhelming support I received from my followers when I launched my personal blog, and the continuous support on each one of my endeavours.

@IAmClaro - Has to be when I could finally tweet that "Arsenal have wine a Trophy" after we won the FA Cup in May. It had been 9 years since we last won a trophy and since twitter hadn't been invented then we always got teased that we had never tweeted that before. It was a special moment for me.

@ThembaRadebeer - When the ANC election campaign was ACTIVE.

@uZamo_ -  Being paid to promote an event on Twitter .. Feels good when you're paid to tweet hey

One annoying thing people do on Twitter that you don’t want to see in 2015;

@Mzlee - Go to events to get information about other people, only to tweet about it the next day. If you don’t like someone, rather stay away from them. It’s simple really.

@IAmClaro - I don't wanna see dudes leaking nudes. I mean if a honey trusts u with her nudes, why do u have to shame her coz things didn't work out? Those are some rookie errors man!

@ThembaRadebeer - Catching unnecessary feelings over characters. People need to learn that sometimes our replies are just for laughs and not ridicule them.... because they have the biggest laugh if someone on American Twitter responded the same way but be mad when we do the same. Jerks.

@uZamo_ - I hope this stupid trend of gossiping and creating whatsapp groups mainly to gossip about twitter people will stop .. Its just twitter .. people musnt take it way too serious now

Zoe Mthiyane And Rapulana Seiphemo Have Called It Quits!