Our Chief  Movie correspondent, Andrew Campbell is back with his trademark DVD Reviews. He returns with a review of a rather interesting Zombie film, the comedy/drama/horror, Warm Bodies. Starring Nicholas Hoult, Teresa Palmore and John Malkovich, the film promises to give us plenty of enjoyment as well as a few touching moments. Don't listen to us though, let's get a full run down from Andrew. 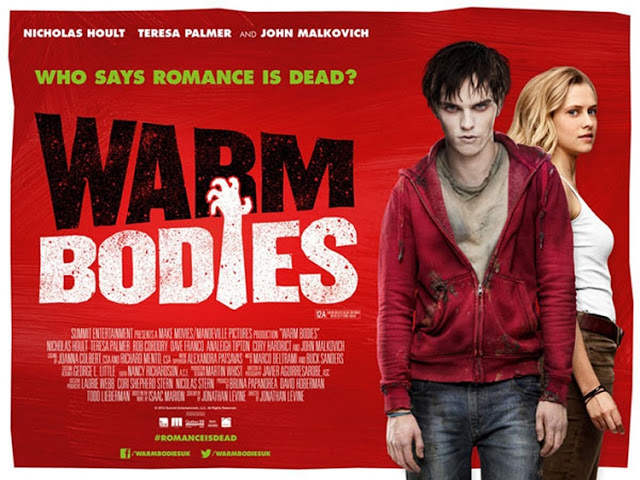 Another zombie movie? Yes, but one with heart as you will see. R (he cannot remember his name, but thinks it starts with an R) is dead… a zombie… but, he’s somewhat conflicted about it. When he eats the brain of her boyfriend, Perry, he falls in love with Julie. At first Julie is not keen on the notion (would you be?), but then she starts seeing a different side to R and zombies in general. Now they only have to convince her dad who happens to be leading an army against the undead.

Nicholas Hoult is R, the zombie with a heart. Who’s Nicholas Hoult? Remember the boy from the 2002 movie About A Boy? Well, he’s grown up now. Teresa Palmer (I Am Number Four) plays the part of Julie, the girl R develops feelings for. Her boyfriend who becomes food for R is played by Dave Franco (younger brother of James Franco.) And legendary actor John Malkovich is criminally underused in his role as Julie’s dad who leads an army against the skeletons and the zombies/corpses.

Jonathan Levine, who directed 50/50 (no, not the environmental programme on TV, but the Joseph Gordon-Levitt starring movie) shows he has a deft hand at dark comedy.

The fact that you just watched a movie with a thousand genres all rolled into one. Okay, at least 3 genres. Comedy. Horror. Romance.

R’s reactions are, shall we say a little slow. So when Julie tries and play a game of Red Hands or Slapsies with him, all she gets is a blank stare. And a couple of laughs from the viewers.

When the movie starts, the following lines are spoken by R:  “What am I doing with my life? I'm so pale. I should get out more. I should eat better. My posture is terrible. I should stand up straighter. People would respect me more if I stood up straighter. What's wrong with me? I just want to connect. Why can't I connect with people? Oh, right, it's because I'm dead.”

Zombieland, Shaun of the Dead.

The actors portraying the zombies in this film chose not to blink. It was particularly uncomfortable for Nicholas Hoult who did a few long scenes without blinking. Later in the film (when the zombies become more human), the zombies start blinking. 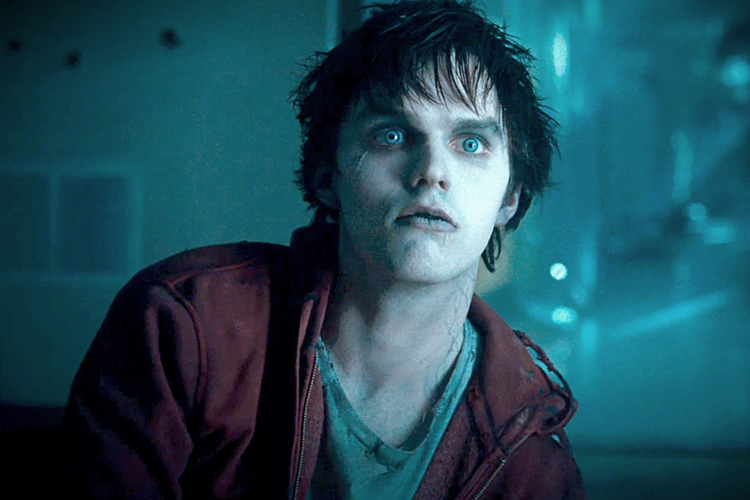 Car: One that doesn’t start, but then one day you decide to try it again and suddenly the engine comes to life.

Animal: A cockroach. Even when it loses its head, there’s still a bit of life.

Kid at school: The somewhat freaky one at the back of the class with the dark make-up.

Famous person: Miley Cyrus. Just when everyone thought her career was dead, she licks a hammer and her career comes to life again.

A Frankenstein’s monster of comedy, romance and horror that’s less than its parts, Warm Bodies entertains but underwhelms. Total Film

Somewhere between the pop-culture deconstruction of Zombieland and the skewed romance of (500) Days Of Summer, this manages to make the apocalypse seem charming. Warm is the right word. Empire Online

This is a bloody fresh twist on the most popular horror genre of this century, with none-too-subtle echoes of a certain star-crossed romance that harks back to a certain bard who placed a certain young Romeo under a certain balcony. Roger Ebert, www.rogerebert.com