A lot of African celebrities have been making major moves in the past 10 years, setting the bar very high for everyone.

Then there’s Tanzanian superstar and multi-award winner Diamond Platinumz, who not only manages to get millions of views on YouTube, but is currently in the studio with some of America’s most talented musicians.

Here are a couple of our favourite snaps from African stars with their overseas counterparts.

When Davido hung out with Future

Or when Trey Songz joined Davido on stage to experience the euphoria Davido gets when the crowd goes crazy over his songs.

BIG UPS TO MY BROTHER @treysongz NIGHT WAS CRAZY!! GOOD TO SEE THE WORLD COMING TOGETHER! 🌎

Then there's Diamond Platnumz, who is really putting in the hard work with the likes of Ne-Yo.

Note: he's not just posting pictures of these American celebrities on Instagram, he's actually friendly with the stars!

Ok, some of the posts are for showing off, but hey...

Wizkid and his friends

Wizkid not only features international stars like Drake on his tracks, but he also has Grammy Award winners dancing to his songs too. Remember this video by Alicia Keys?

Oh, and he occasionally has Facetime conversations with his bro Chris Brown.

FaceTime with my bro CB..Big birthday shoutout to this amazing guy @chrisbrownofficial ! U a real G nd I pray God continues to bless u. See u in a couple days! Turn up!!!

Oh, and who can forget when Ice Prince posted a pic with Jay-Z? 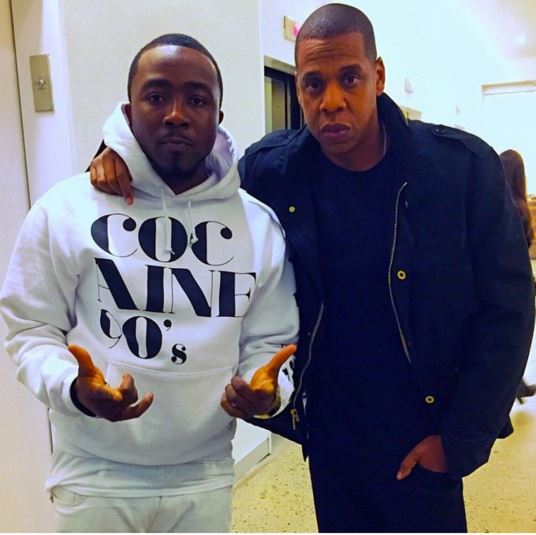