The much anticipated multi-award winning smash hit Broadway musical, Jersey Boys – The Story of Frankie Valli and the Four Seasons arrived in South Africa at the Teatro at Montecasino with a bang! The production has been so well received that it has been extended to the 9 June 2013.

In the spirit of the early 60’s, Montecasino, Gauteng’s premier entertainment destination, hosted four celebrities in a 60’s dress-up, inspired by the smash hit Broadway musical. Dalen Lance, Daniel Baron, Jacques Terre’Blanche and Clint Brink all have a music background and have themselves “lived” the story of Jersey Boys – The Story of Frankie Valli and the Four Seasons.

The production has an all South African cast featuring the talented Emmanuel Castis, Daniel Buys, Grant Almirall and Kenneth Meyer. This award winning musical is about Rock and Roll Hall of Famers, The Four Seasons: Frankie Valli, Bob Gaudio, Tommy De Vito and Nick Massi. A real, true-life story of how four poverty-line kids became The Four Seasons, one of the greatest successes in pop music history.

Now successful in their own right – Daniel, Jacques, Dalen and Clint all started from humble beginnings and looked to the city of gold to accomplish their dreams. Today we hear their songs play-listed on radio or see them presenting or acting on TV. 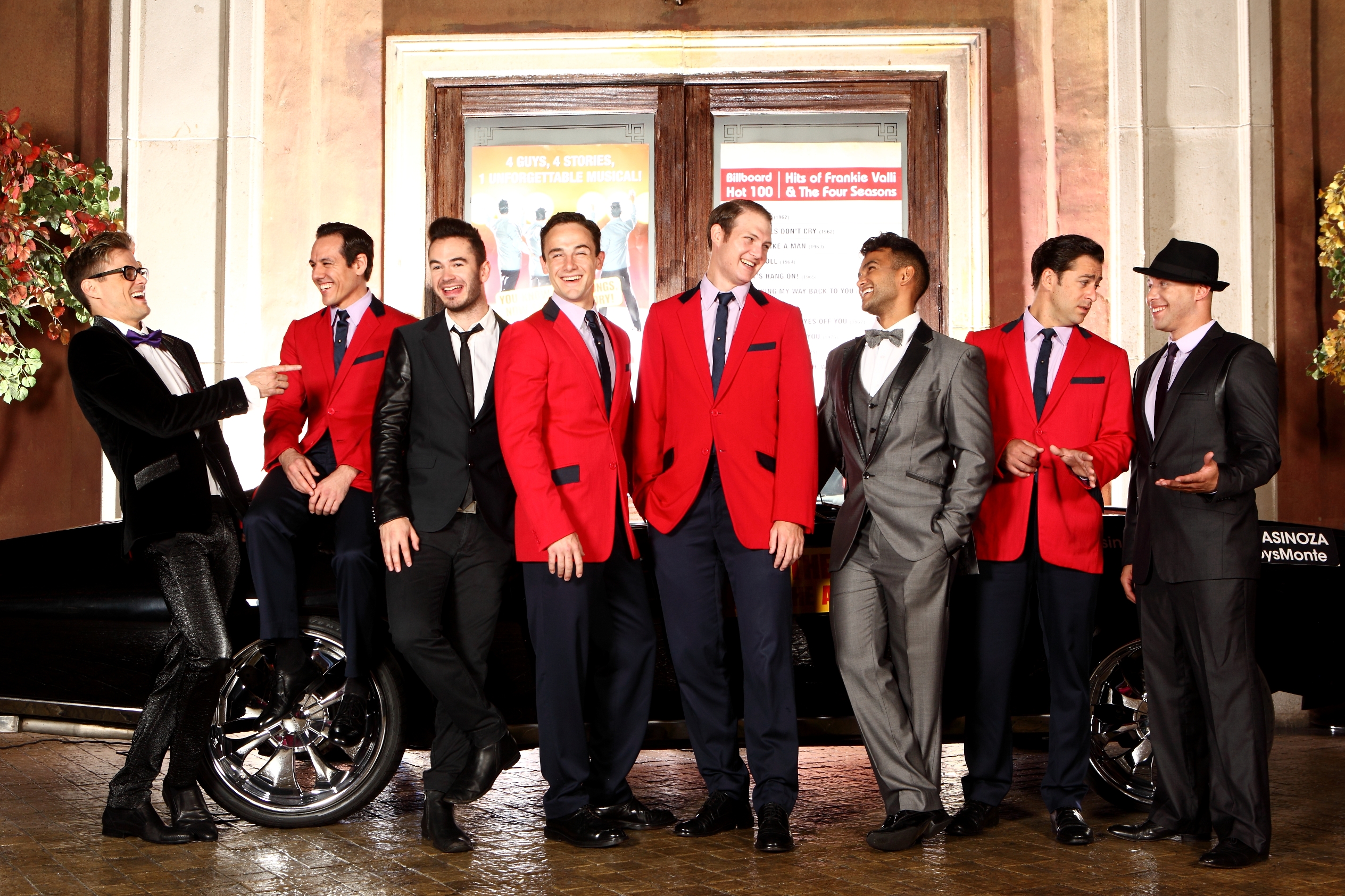 “Music is really food for the soul. It is unbelievable how songs written and performed by The Four Seasons speak across generations. When you hear one of the songs, no matter your age, it instils an excitement and you can’t help but sing along.”

“I viewed the EPK for Jersey Boys on www.montecasino.co.za - an EPK is a short behind-the-scenes video about a production. I couldn’t believe that The Four Seasons were the original artists who wrote and performed songs such as Can’t Take My Eyes Off You, Big Girls Don’t Cry and Walk Like Man. Many of the songs we listen to today are remixes of the originals.”

“There is a certain authenticity when it comes to the music from the Four Seasons era. There is no auto tune or digital influence – it is raw talent!”

“I do voice coaching and I have heard that the octave range of some of the Four Seasons members is huge - I think Frankie Valli’s range is at something as ridiculous as 3 . That is unbelievable! I take my hat off to the South African cast who had to go through special voice coaching to reach that range perfectly.”