On Friday afternoon, television personality Lalla Hirayama had a shocking encounter with a man who threatened to physically harm her after enquiring if she was a foreigner.

Lalla posted a picture of the man on social media but unfortunately, the picture did not show the man's face. 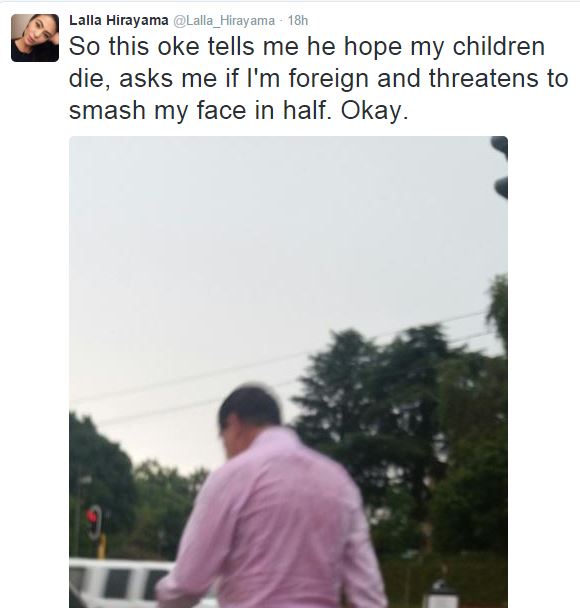 Lalla is the second entertainment personality to be threatened by a stranger in the space of a few weeks.

Just recently, Thando Thabethe was slapped by a stranger over a parking space.

Thando even pleaded with the public to help her and the police get a hold of the woman who slapped her. No follow ups have been announced since the ordeal.