Generations actress, Maggie Benedict, who plays Akhona on the show, was arrested this morning following a shoplifting incident at Cresta mall. She spent several hours in a holding cell in Linden before making her way to Randburg Magistrate's court (Latest Update here), Pictures have emerged on Twitter this afternoon of Benedict leaving the court as well as a snap reportedly taken at the arrest last night. 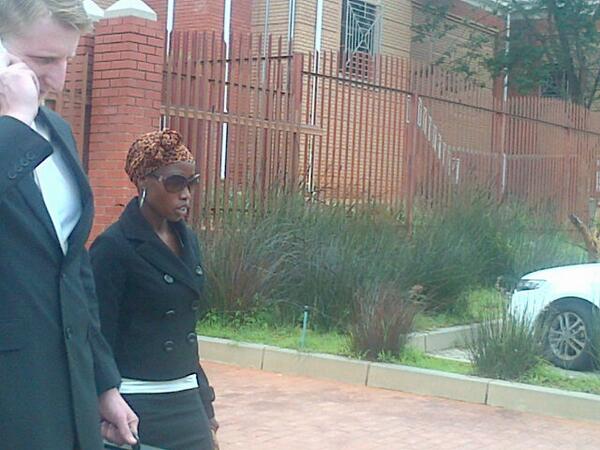 As we reported earlier, Maggie is set to return to court in the new year.