Rhythm City actress, Nokuthula Ledwaba gave birth to her first bundle of joy on Monday.
Popularly known as Tshidi Kuse on the widely watched e.tv daily soapie, the actress successfully kept her pregnancy under the radar but on Tuesday she announced her baby’s arrival on her Twitter page, adding that she’s enjoying motherhood.
Ledwaba was last seen on the social network on August 31 and on Monday morning she dropped hints when she wrote: “Kuhle hle moya wami” (it’s well with my soul).
Clearly unable to contain her excitement any longer she tweeted: “Morning! I am Noks and I’m someone’s mom. Proud. Blessed. #hope #faith #love.”
After her post, her timeline was inundated with messages but she flatly refused to share pictures of her baby girl. 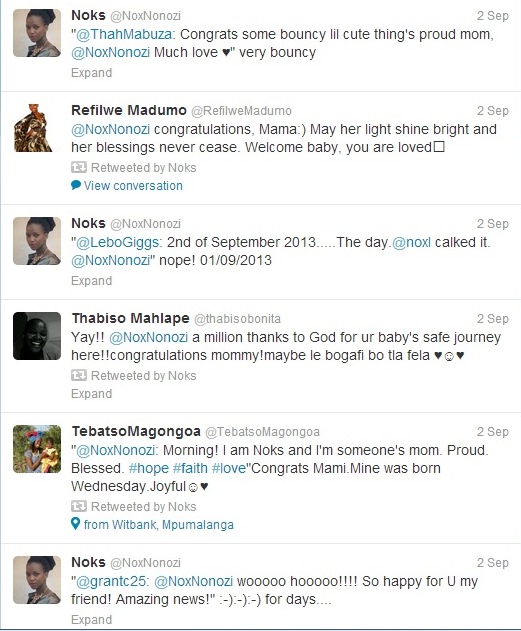