The 2014 Miss World Pageant will be screened live on SABC3 on Sunday, December 14, starting at 16h00 with Miss South Africa Rolene Strauss already one of the firm favourites in many pundits’ ratings. This 64th edition of the Miss World pageant takes place at ExCeL London in the UK. Megan Young of the Philippines will crown her successor at the end of the event with 123 contestants from all over the globe competing for the prestigious crown. 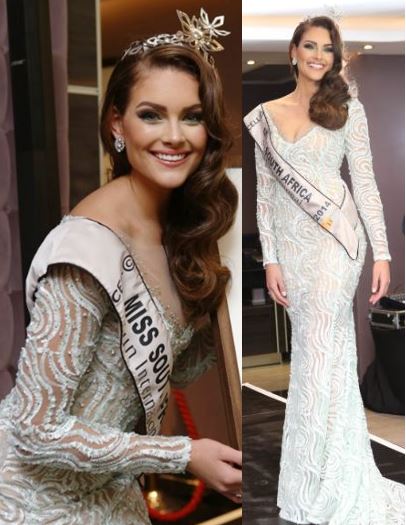 Strauss, the 22-year-old Volksrust-born beauty, will be representing South Africa against 132 other countries in the competition which is watched worldwide by more than one-billion people. Where you can watch Rolene’s progress.

At the pageant, she will wear two gowns – the opening ceremony costume and the finale gown – created by Bloemfontein-designer Casper Bosman.

“All the gowns I have created for Rolene were inspired by her timeless elegance and beauty. Looking at classic beauties from Jackie O and Audrey Hepburn to Princess Grace of Monaco, the idea was to keep with elegant lines and create luxurious yet understated looks. None of the dresses overshadow Rolene’s classic style which has become her trademark.” - Said Strauss