Just a few hours ago it was revealed that singer, Senyaka Kekana had passed on. ZAlebs managed to get a hold of his close friend and a man whom he worked closely with throughout his career, renowned singer turned movie producer Sello “Chicco” Twala.

Mr Twala shared with us the first time he met Senyaka, who surprisingly was a hairstylist back in the 80’s.

“I actually met Senyaka for the first time at a salon back in the day. I remember he was working for a judge who owned a salon in Diepkloof Extension and Senyaka was working as a hairstylist; he always did my hair back then so that’s how we met. From then on we became good friends and as our friendship grew he informed me that he actually wanted to take on a different career path as an entertainer, he felt that music was the only option for him and the rest was history.” 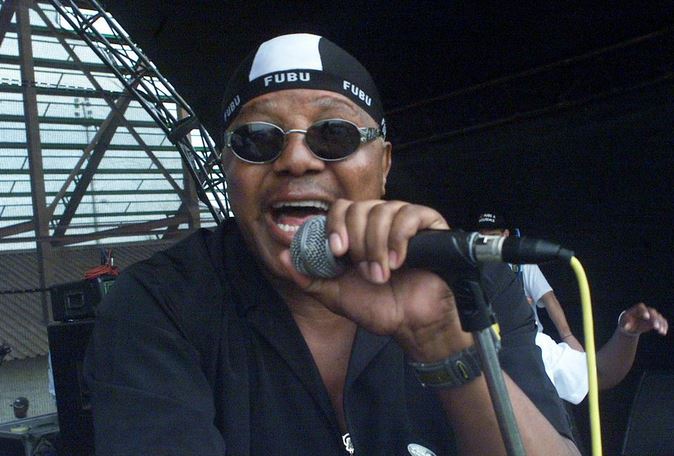 We were also surprised to find out that Senyaka had one of the first rap songs to ever come out of the country. Yep, you read correctly. Mr Twala informed us that Senyaka’s first single was actually a rap song called African Rap.

“I remember the first record Senyaka came out with, was a track called “African Rap” of which at the time, rap was not popular in our country but he made it work.”-Said Twala

In his last few years Senyaka began acting more in local films that were produced by Twala such as his most recent film “Moruti Wa Tstostsi” which he acted as a devious pastor;

“Moruti Wa Tsotsi was an idea I came up with and Senyaka used to make a lot of people laugh so I thought this film was going to be a great opportunity to showcase the his comedic side. Whenever you sat down with Senyaka you were guaranteed to laugh, so I thought we should try something out and surprisingly enough this low-budget film was well received by many. Anything I worked on with Senyaka turned into gold from his Chesa Mpama single to Romeo wang’ kolota we worked very well together.”

Twala informed ZAlebs that he had heard the news of Senyaka’s passing from his manager. Twala knew that Senyaka was hospitalized three weeks back at a hospital in Sebokeng and only heard of Senyaka's demise 3 hours ago like the rest of South Africa.

Details of Senyaka's funeral have not yet been finalized.

Check out the tweets dedicated to Senyaka right here.