If you're expecting a Bongo Maffin reunion soon, you better forget about it. The group brought us many hit tracks a years ago, but it looks like they we will never hear a new Bongo Maffin song again.

This was revealed by group member, Stoan, during his twar (Twitter war) with Ntsiki Mazwai. Things turned bad after Ntsiki accused Stoan, who has a child with her sister Thandiswa, of being an absent father.

In a blog post titled 'f*** absent fathers', Ntsiki lashed out at Stoan, who is on the cover of Drum magazine with his wife and children. Stoan and Thandiswa's daughter, Malaika, is not featured. 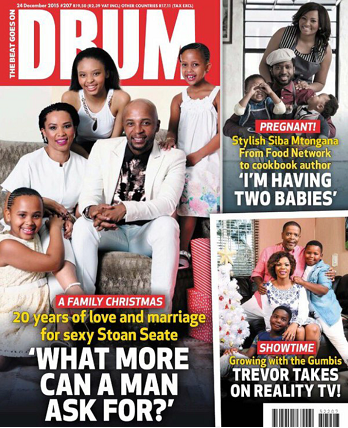 This clearly upset Ntsiki, who made all kinds of statements on her blog. Here's part of what she wrote:

Stoan didn't take Ntsiki's accusations lightly and he gave her a piece of his mind.

I love my daughter and no amount of @ntsikimazwai will change that!! Where is her daughter?????

I'm tired of @ntsikimazwai acting like she's Jesus with no riotousness in her heart! Fotshek!!!!!!!!

Now everyone talking about how I must not be i twitter with this. Kgalemelang ntsiki that loud ass sebono!!

And he let it slip that there will be NO Bongo Maffin reunion any time soon.

That's why #BongoMaffin will NEVER COME BACK!!

Ouch! However, Ntsiki has made it clear that she is not responsible for the group's break-up.

No.....I will not be held responsible for the bongo maffin breakup.....they did that on their own. Ningazondigulela