We have just learned about the passing of Tshepo Ngwane.

The actor was popular for his role as Thiza on Yizo Yizo. he was also on SABC 1 drama series Zone 14. News about his passing broke on Twitter on Tuesday.

Others, including Gagasi FM, also confirmed the news. 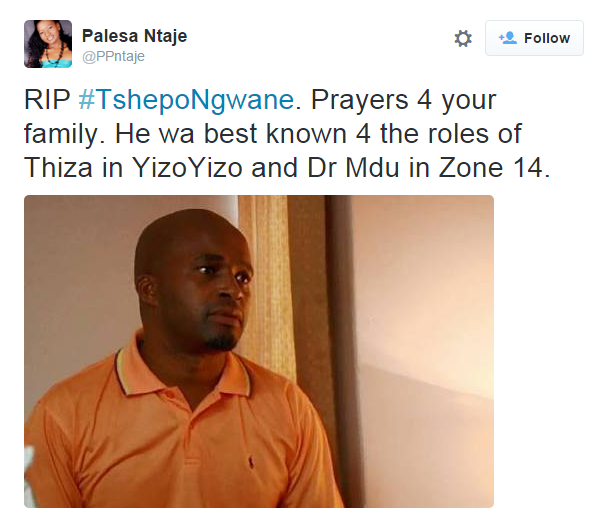