Every week, our chief movie head, Andrew Campbell, brings us his weekly DVD choice for review. This week Andrew has his hands on Iron Man 3. Robert Downey Jnr has claimed popularity in his role as Tony Stark in the previous Iron Man movies. After the success of the Avengers last year, how would Iron Man 3 rate? Let's see what Andrew had to say. 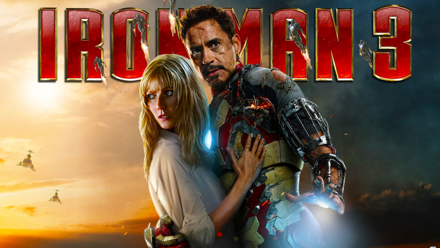 What’s the story?
Following The Avengers’ planet-saving victory in New York, Tony Stark has returned to his life of ease in Malibu. But a series of panic attacks and escalating threats from a maniac called the Mandarin threaten to tip him over the edge. It comes down to having to choose between being a superhero. Or spending his life with the girl of his dreams. Surely, you can’t have both?

Who’s in it?
Robert Downey Jr. returns as Tony Stark a.k.a Iron Man. Gwyneth Paltrow is Pepper Potts and Don Cheadle (Hotel Rwanda) is Colonel James Rhodes. The rest of the cast consists of one of the most underrated actors out there, Guy Pearce (L.A. Confidential), as well as Sir Ben Kingsley (Gandhi) and Jon Favreau who also directed the first two Iron-Man movies, returning as Happy Hogan.

Who’s the director?
Shane Black who worked on the screenplay for the Lethal Weapon movies and who directed Downey Jr before in Kiss Kiss Bang Bang back in 2005.

What will you remember?
An interesting twist which, if we have to tell you what it is, we’ll be spoiling all the fun.

What’s the best scene?
The attack on Tony Stark’s house.

What’s the best line?
Well… it’s Robert Downey Jr. and we know he’s a master at dispensing memorable one-liners. But our favourite line comes from a scene after Tony Stark incapacitates almost all the Mandarin’s guards and the last one quickly surrenders saying: “Don't shoot! Seriously, I don't even like working here. They are so weird!”

What other movies does it compare with?
Iron Man, Iron Man 2, The Avengers (naturally…)

With what piece of information can you impress your friends?
The film was originally budgeted at $140 million, but after The Avengers became a huge hit, Marvel Studios and Disney upped it to $200 million in order to allow Shane Black to make the best movie he could.

What type of …………………………… would this movie be?
Car: A Pagani Zonda… a guilty pleasure and an adventurous outing that guarantees lots of “Oooh” and “Aaaah” and “Wow” moments.
Animal: A mechanical bull. Hold on tight.
Kid at school: That kid that just manages to get everything right… first team cricket, first team water polo, first team rugby and allowing all the other kids to copy his math homework.
Toy: An Iron Man action figure of course.
Famous person: David Guetta. Everybody wants to work with him.

What did others have to say?
Complex and deep it’s not; but as a two-hour adrenaline shot, Iron Man 3 delivers. Funny, twisty and thrilling, this is shellhead’s most entertaining solo flight to date. Total Film
Shane Black proves the perfect blacksmith, forging smart new tech and scenarios for the swaggering super-genius. If this does turn out to be Downey Jr.’s final solo outing, it’s a very strong exit. Empire Online

Though the rest of the cast, including the beautifully oily Pearce and ever consummate Kingsley, compliment the central protagonists wonderfully, this really is Downey and Paltrow’s film. The chemistry between them fizzes making the screen come alive with the sharp and witty repartee of Drew Pearce and Shane Black’s script. Thepeoplesmovies.com