Actress Thishiwe Ziqubu has caught our attention since she starred in the riveting local movie, Hard To Get, alongside actor Pallance Dladla.

She then garnered even more attention when she acted in Mzansi Magic’s It’s Complicated as Ntandokazi, an accomplished and successful brand specialist.

Apart from her killer body and fearless attitude towards life, it’s Thishiwe’s love for acting and dedication that has us crushing on her so much.

If you watched the last few episodes of It’s Complicated, you know what we mean. 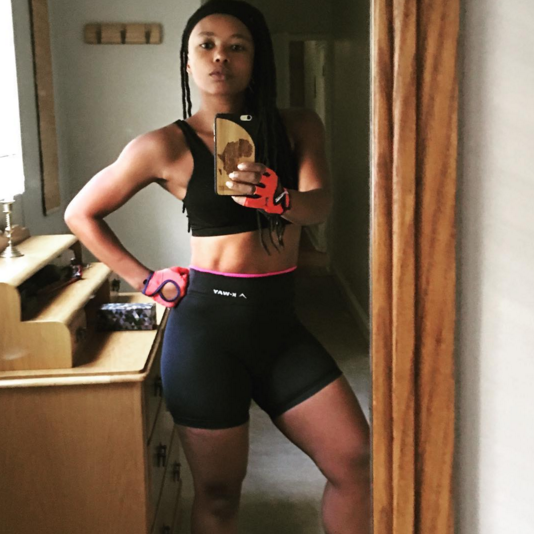 Even Times Live commended her for the extra heat she and Atandwa Kani brought to the telenovela.

Also, apart from acting in the first season of Rhythm City, Thishiwe was also the soapie's script writer.

In 2015, the actress pushed her talent to the next level when she starred in a film, titled While You Weren’t Looking - a film which was based on the lives and relationships of gays and lesbians in South Africa.

In 2015, Thishiwe was honored for her great work as an actress at the Simon Sabela Awards, where she walked away with the Best Newcomer Actress Award.

We hope to see more of Thishiwe on our screens in 2016.