Radio and TV personality Anele Mdoda opened up to Gareth Cliff on cliffcentral.com about motherhood and her five-month-old son Alakhe.

In the interview, Gareth mentioned that Anele has eased into motherhood so effortlessly and that it has not changed her much.

“You’re not really supposed to change much right? I honestly don’t think you should. I just get that people are very obsessed with their children, which is great because I like my child, but I don’t like my child all the time. So when I leave to go to work, I miss work but when I leave work to go home, I miss my child. So me, I’m not attached to him…yoh! Me I groove!” she jokingly said.

However, Anele did add that her son is such a pleasant child to be around and hardly cries.

How adorable is he? 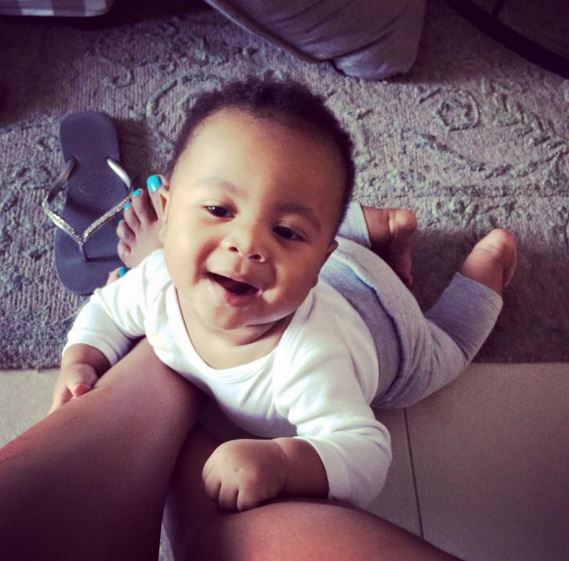 Gareth also asked if Anele was obsessed with making sure that her son becomes a fantastic child, considering that she's someone who does not do things half-heartedly.

"My parents never really expected miracles from us, but the only way they showed their expectancy from us was through loving us. They told us we could do anything we want as long as we told them. So when people say 'ooh he's going to be a rugby player', I'm like  'or a chef guys.' He can do anything he wants to do because if he wastes time to do things to please me and his dad then he's really going to waste his time. So I know he's going to be a fantastic child."

Anele believes he will be a fantastic child and that's why she named him Alakheilizwe, which means "he who shall build a nation".

Watch: Fikile Mbalula tells Gareth to jump off a cliff