Bonang Matheba just keeps getting recognition for her work in the entertainment industry.

This year, the television and radio presenter has received some big awards, including a Nickelodeon Kids' Choice Award. Yep, she was announced as South Africa's favourite radio DJ at the event, which was held in Los Angeles back in March. She also represented Mzansi, alongside Trevor Noah, as a nominee at the MTV Africa Music Awards. Oh, not forgeting that E! News Special. 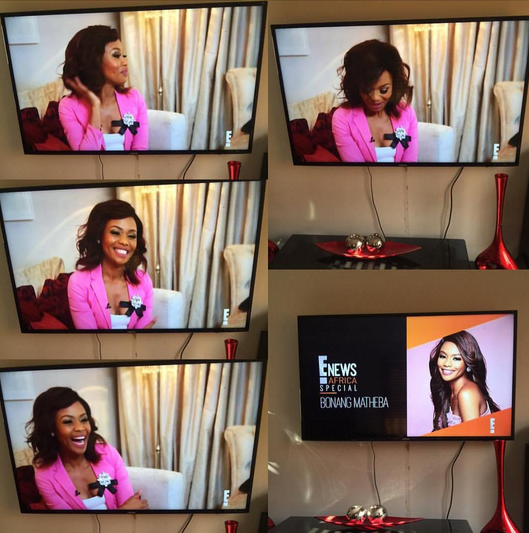 Apart from her nomination at this year's ANN7 South African of the Year Awards, it has been revealed that she's been nominated for an award in the 'Star Power' category at the inaugural African Women Awards. She'll be competing against singer Tinashe (born in Zimbabwe) and TV presenter, Vimbai Mutinhiri. The event will take place in Harare, Zimbabwe, in November.

Bonang recently took some time to reflect on the amazing year that she's had. She wrote on Instagram: "At 28 years of age. Nominated amongst these LEGENDS is a win enough for me.... Good year, a Nickelodeon award, an MTV nod and now THIS!! I'm good. So chuffed with myself.... Thank you for the recognition!!"