Bonang Matheba and her fans are celebrating her victory.

The radio and TV personality has been voted as South Africa's favourite radio DJ at the annual Nickelodeon Kids' Choice Awards. The Metro FM DJ, who hosts The Front Row,  went all the way to Los Angeles to attend the event and, of course, collect her award. She was nominated alongside other local DJs including Poppy Ntshongwana, Darren Simpson and Roger Goode.

Last year the award was won by Highveld's Anele Mdoda.

She said she couldn't have done it without her fans and thanked them on Twitter. This was followed by another tweet, which read: "#DollFaceWon! No man is an island - thank you to Metro FM!! To Mr T, JJ & Naked DJ...I’m nothing without them!! #NickelodeonKidsChoiceAwards."

Several fans took to Twitter to congratulate Ms Matheba on her big achievement. This is truly amazing and we're so proud of her. Congratulations, Bonang. Keep slaying!

Oh, and she also took the opportunity to showcase her great style looked stunning in her Gert-Johan Coetzee number. It seems like she had great fun on the orange carpet. 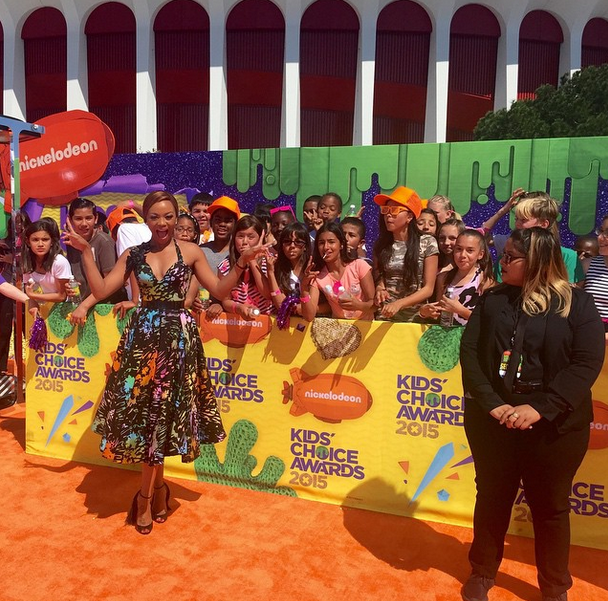