Rockville has yet again proven why it is one of Mzansi's favourite drama series. The show ended things with a bang last night and took viewers on an emotional roller coaster. There was suspense, great laughs here and there and lots of tears.

Diliza, played by Don Mlangeni, continued to seek revenge for his daughter's death and was not going to let anyone stop him from his plans. The show gave us a cliffhanger of an ending, with the angry father shooting yet another person. We're still not sure who got shot as there were a lot of people in the room, including Lindi (Mbali Mlotshwa), who is carrying JB's (Shona Ferguson) child. DRAMA! 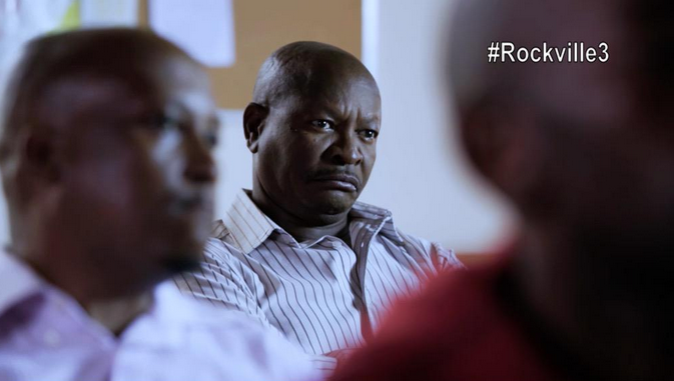 And the best thing, besides all the drama, was watching Brenda Ngxoli as she killed her character. The actress, who plays Gladys on the show, pulled out all the stops and gave an unforgettable performance. Her scene with Lindi on that hospital bench just blew a lot of people's minds.

She did a great job relaying Gladys' sad and heartbreaking story. What viewers didn't know is that Gladys' alcohol problem stems from a deeper place. She fell pregnant at 16 had an abortion. But what she didn't know was the fact that her decision would haunt her for the rest of her life.

She later got married and discovered that she couldn' conceive children, which resulted in her husband leaving her. Lindi was about to make the same mistake, and Gladys was not about to see that happen. She shared her painful story and boy, there were tears. It was as if Brenda was acting to save her life. it was a beautiful and yet sad thing to watch. She brought out her A-game and gave viewers a stellar performance. A lot of people took to Twitter to share their thoughts on Brenda's acting.

See, we're not the only ones who thought Brenda was the star of the show. Some even believe that she gave an Oscar-worthy performance. What do y'all think?