South African celebrities seem to be running Twitter, 140 characters at a time. According to stats from socialbakers.com, when it comes to Twitter in Mzansi, celebs have the highest following and quite possibly the most influence.

Next in line is Cricket player Kevin Pietersen with 2.4 million followers. Top comedian Trevor Noah, who was recently unveiled as the host of American late night show The Daily Show, comes in fourth with 2.1 million followers.

Bonang Matheba comes in at number nine with 1 million followers while top model Candice Swanepoel, who has over 900k followers, is the tenth most followed South African celeb, according to the site. 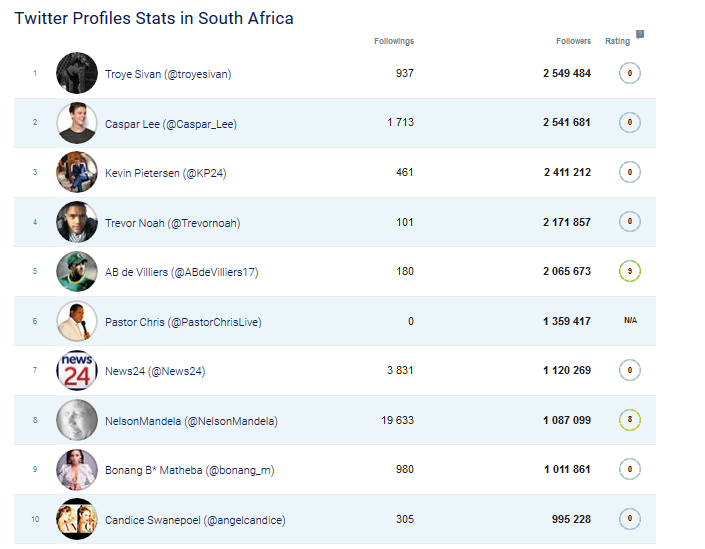 Bonang and Trevor are not only making waves in SA, but they are also making it big outside our borders. They are also among the most followed entertainers in Africa. Amazing, right?

While our SA celebs have a huge following, they really have nothing on international stars. It's understandable, though, because they are only exposed to a certain audience while your Katy Perrys, Rihannas and Justin Biebers can reach the whole world. Just look at some of the ridiculous following some of these international celebrities have. 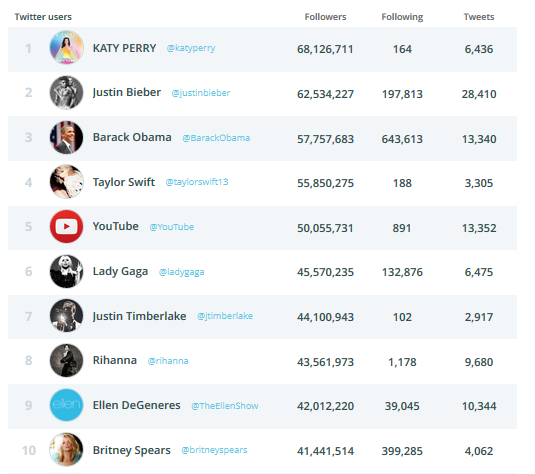