Our local celebrity crush for for the week is the charming Super Sports and Power Ball presenter Fezile Makhanya who opens up to ZAlebs about his goals, how his not much of a romantic and the importance of knowing your culture.

Of course! I mean look, I’ve always been a sports fanatic, from playing rugby to taking part in athletics which I’ve always been good at whilst still in school.  I’d also receive provincial colours and a sports scholarship in Durban which is a great goal to achieve as an athletic person.

So for me the natural progression from playing sports to now being part of it but this time being in front of the camera and commenting on what I’ve always known since I was kid is just great.  What I also find interesting about being a sports broadcaster is that I now also appreciate other types of sports like football which I never paid much attention to, I’ve also developed quite a lot of interest in cricket which is great fun.

This makes the broadening of my sports knowledge easier so yes for me being a sports presenter is the best presenter job one can have.

What is your ideal first date?

This might come as a surprise to you but for me an ideal first date would be a braai. I think having a braai and just chilling with my friends and being with whomever I’m with will loosen up the nerves and tension associated with first dates.  I believe the atmosphere of a braai would allow us to be ourselves to a certain extent and just enjoy good company between us and also at the same time she’s able to socialise with my friends and vice versa.  I know many people would go for the whole candle light dinner theme but I’m not a romantic I would only probably do that once we’re both comfortable in the relationship.

Have you always believed in love at first sight?

No, I’ve never believed in that probably because it’s never happened to me.  Yes, a female may look appealing, but I believe in knowing someone better then love at first sight.

As an actor did you enjoy screen kissing and which actress would you say is a good kisser?

I’ve been very unfortunate that with the people that I’ve kissed, it literally has been a sort of platonic relationship.  I’ve never found any of the kisses appealing so to speak.

God-fearing, respectful and funny to be with. Those three for me are must have.

Growing up, which celebrity have you always had a crush on and if you met her, what would you say to her?

I actually had a crush on Kedibone Mkhabela she used to be a continuity presenter on SABC 1, I’ve always found her so fascinating, so hot and funny enough I did meet her and I had to really compose myself around her.  We got along very well her and I and we’ve become good friends since. 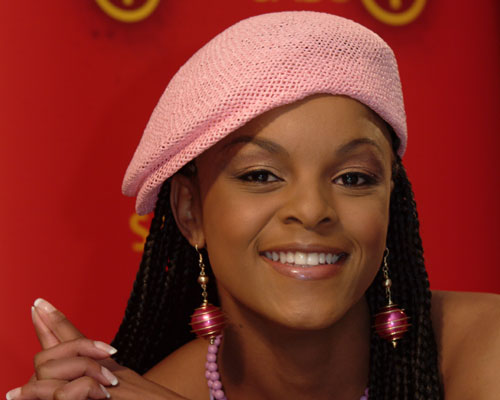 What’s your take on the whole marriage/divorce rumours that have been going around with regards to your personal life?

Well, first of all I’ve never been married so I don’t know how I’d be divorced.  I think Joburg people need to understand that there’s a bigger life apart from Johannesburg.  There’s a big difference between having a lobola ceremony and actually getting married, people need to understand their facts.  That’s why in our Zulu culture a fiancé is referred to as Ingoduso, aka siyena uNkosikazi or umakoti (she’s not a wife as yet) don’t get me wrong I’m not angry or anything like that but people just really need to get their facts straight.

The entertainment industry comes with a lot of baggage, what inspired you to overlook the many negative aspects of it and continue to be in the public eye?

Me coming into the industry was pretty much by default, coming from Kwa-Zulu Natal coming to Joburg like everybody else I came here to study then ended up wanting to get some extra pocket money because the student life can be rough at times.   So I started by doing one or two adverts and acting here and before I knew it things started happening for me, one thing lead to another from there I obviously figured out that I could actually make a living out of this entertainment industry thus grabbing every opportunity that presented itself to me.

Being on Power Ball has been?

Being on Power Ball has been going very well, I’ve been on the show for two years now, I enjoy that show because it’s different from Super Sports I’m able to do things that I wouldn’t necessarily do on Super Sports which is great because it helps me hone my presenting skills in different ways.

Looking from the outside one can see that you’re quite the ambitious man, which is very attractive might we add, can you tell us what your main goal in life is?

That’s a very interesting question, I guess my main goal in life is to leave a legacy and I think it’s a three part answer because I want to leave a legacy for my unborn kids, for my community I grew up in which is Esikhaweni in Durban and last but not least leave a legacy for this country and the continent as a whole.  I want to be known as a person who succeeded and once having grasped that success was able to give back to his community and country.  It’s really important to me that I become a good representative to my family and country.