Joey Rasdien is one of the most interesting comics on the SA comedy scene. Sure, the expectation normally is "If they're a comedian, chances are they are pretty interesting" But Joey takes it to greater heights. There's an intelligence and a calculatedness about the man that might takes many by surprise. His newest comedy, Evolved was unleashed to a handful of lucky South Africans on Saturday Night and by all accounts, it was a hit. I only say a "Handful" because the show was only showing for one night.

When we spoke to Joey ahead of the show he promised us an absolutely different comedy experience.

" It focuses on evolution, as you can possibly guess from the name. My point that I will be bringing across is that of how definitions and labels have evolved over the years. Sharp used to be an instrument, but now its how that word evolved into saying you're alright. "

And that was the general theme of the comedy, evolution. His gag on democracy during the show was particularly amusing as he illustrated the point that while South Africa is "Labeled" as a democracy it sure as heck does not operate like one in the traditional definition of the word.

The show itself was excellent, a hallmark of everything that is going right in South African comedy. Joey Rasdien captivated the audiences from the first to the last laugh, taking care to fill in his quips with intelligent explanations. I'm sure at this point Joey is tired of hearing the phrase "Intelligent" tossed in his direction, as if many are surprised. I find that it's more a testament to the awe I find myself in when he elaborates his points, than one of surprise that intelligence exists in his mind. Unintelligent comedians don't perform at the Lyric. 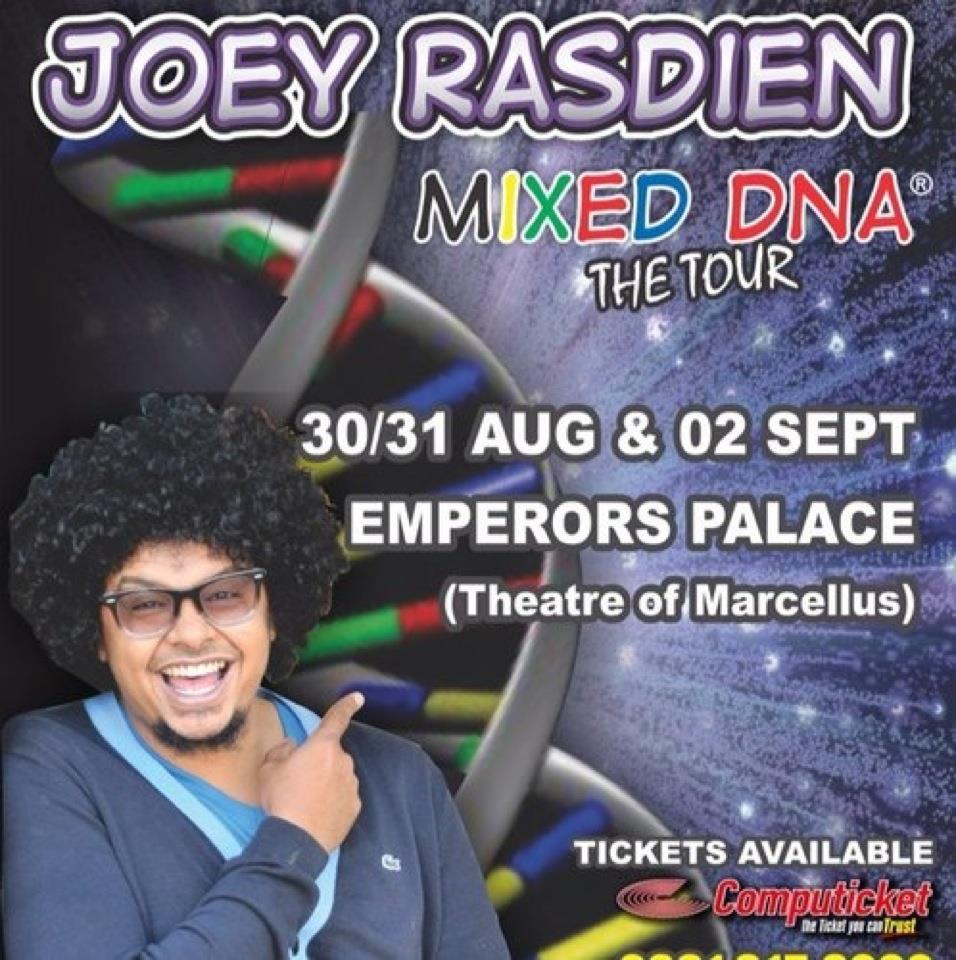 Evolved is the follow up to his previous hit comedy, Mixed DNA, a show which brought the star many plaudits and was where I first heard the now infamous "Duckbilled Platypus" phrase that Rasdien so loves to coin. I asked him about it when we spoke.

"It's the most successful animal that has ever lived. The Duckbilled Platypus was around when the dinosaurs were around. I mention this in Mixed DNA, I even mention that the platypus can change its own DNA composition. It can switch to male or female.

Why I like this animal is because in human terms, the most successful humans are mixed race people. If you have a hot bombshell of a blonde girl and a huge black guy and they create a child, that child will have excellent genes."

That's what it boils down to in the end. Success. Or rather, blends of success to create even greater success. Perhaps that's why Joey Rasdien blends hilarious comedy with premium intelligence. The result? The Duckbilled Platypus of comedy. Not immediately understood until its dissected and appreciated as much for its simplicities as its complexities. In short, Evolutionary Comedy.

Biggie Will Be Laid To Rest On Sunday