Thando Thabethe has announced that she will also be attending the 2015 European Music Awards to be held in Milan, Italy on Sunday, 25 October.

According to her publicist, Jarred Doyle, Thando was selected to host the official red carpet for 5FM and Smirnoff SA.

"I’m super excited and honoured to be representing SA at such an internationally renowned global musical showcase… I look forward to rubbing shoulders with the world’s biggest stars."

The news of Thando attending the EMAs reminds us of our own trip to the 2014 EMAs in Glasgow, Scotland. 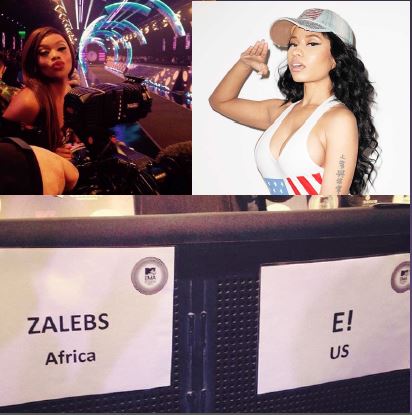