Isibaya should definitely be categorised as some sort of African horror movie. The things we see on this telenovela have the potential to make us wake up in a sweat, especially considering what we witnessed on Tuesday night’s episode of the show.

To give you a bit of context, in Tuesday’s episode, witchdoctor Sunday Nkabinde managed to put a spell on Fezile, played by Andile Mxakaza.

Nkabinde, who worked for deceased chief Bhekifa, conjured up some hectic voodoo potion to ensure that Bhekifa’s evil spirit lives through Fezile.

Nkabinde’s wicked ways have managed to seriously scare a lot of Isibaya viewers ever since he appeared on the show. His evil laugh and immoral actions are so convincing you would actually think that the actor does this witchdoctor thing for an actual living in real life.

The last straw for us was when Nkabinde had summoned Fezile to visit him at night in a dingy bushy area whilst Fezile was in a trans.

Even though some viewers are freaked out by Nkabinde's acting, his performances are the main reason why some people continue to watch this gripping show.

But on the real though, #SundayNkabinde is the only reason I watch #Isibaya 😰😰😰😰 U zo ngi hlahlela a mehlo nje nge nyoka

Nkabinde's voodoo is so powerful that some soccer fans jokingly believe that Nkabinde can help them with their teams woes.

The only person who can rescue Orlando Pirates from their misery is #SundayNkabinde. @robertmarawa

I call on #SundayNkabinde to assist Pirates & Ajax to win their respective games tonight, I knw his capable of miracles. @robertmarawa

Honestly, Nkabinde's acting sends shivers down people's spines every time he appears on screen, but as much as he freaks us out, he continues to do his job to the best of his abilities.

Not only does he frighten people with his actions but Nkabinde for some reason continues to bring people back on the show. 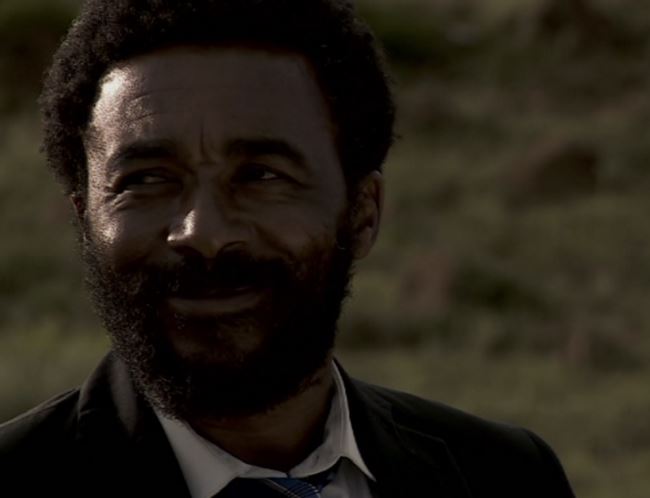 What's your take on Nkabinde and do you think it would be wise for the show to cut of Nkabinde from the show considering that people have taken a strange but great liking to the character?

Also, word around the industry is that Isibaya auditions will be taking place this year, we'll keep you posted as we get the latest news.