What on earth is happening with these American rappers lately!? Not that they don’t occasionally rub people off the wrong way but this week they’ve been outdoing themselves. First Rick Ross had some of you hollering and fussing about his Minnie Dlamini  shout out and now the rather “special” Young Thug decided that it be wise to show us a video of him burning money.  How wasteful, not forgetting ignorant!

We understand that this is the lifestyle rappers live but hasn’t Young Thug chosen an inconvenient time to be flexin’? Especially considering the uproar this week over the Ferguson shooting. There's already heavy stigma overcasting young African American men currently and this post isn't helping at all!

We're sorry Young Thug, actually no we're not sorry. Your singles might be on heavy rotation in clubs right now but you’re officially today's biggest moomish! 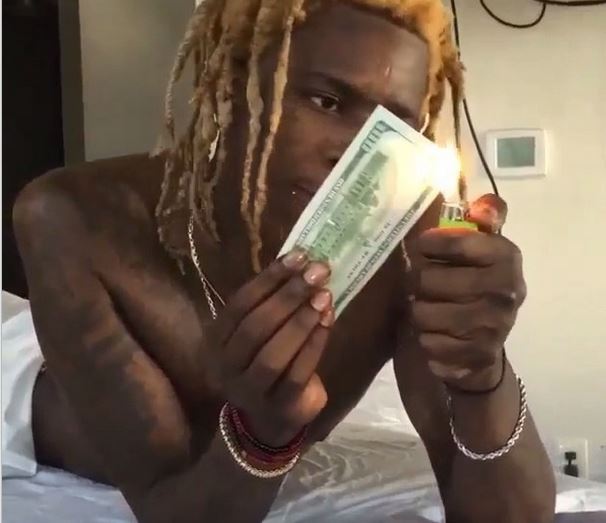