Self-acclaimed light skinned Keith Sweat, Drake, can’t seem to be doing anything wrong lately now can he.  In the midst of us waking up all we’ve been seeing and hearing is Drake, ESPY Awards and his former nemesis Christopher “Styling Gel” Brown.  Oh in case you’re wondering what on earth are the ESPY’s, they’re basically one of those top American sports shows.

Ok, back to the topic at hand (peeuw that was a good laugh) according to international reports; Aubrey did an exceptional job as the host of the night. Besides him looking absolutely dashing in his tailored tuxedo and buttoned up collar shirt, it’s been said that the rapper held the gig with great confidence, charm and comedic finesse.  The audience love for him went from 0-100 real quick! Now that’s quite an achievement especially for a Canadian presenting an American sports award.  To this date we still don’t get the animosity between these two countries.

On the topic of animosity it seems as though there is none of that left between the two light skinned brothers Chris and Drake, as we mentioned earlier on this week.  Apparently the two used their acting talents to in-act a skit for the awards, the boys uploaded this image on both of their social media platforms, we can only wonder what this was all about, Chris looks like he was excited to slice open Drake, but hey don't say you heard it from us, it's just our own interpretation. 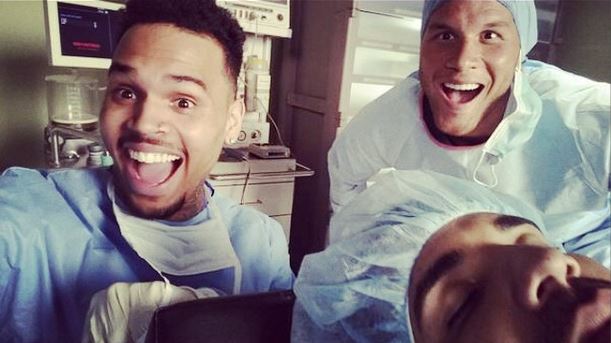 Clearly Drake was having the time of his life, doesn't this image look like he desperately needed a toilet break but couldn't or didn't want to take because the show was just sooo darn good!? 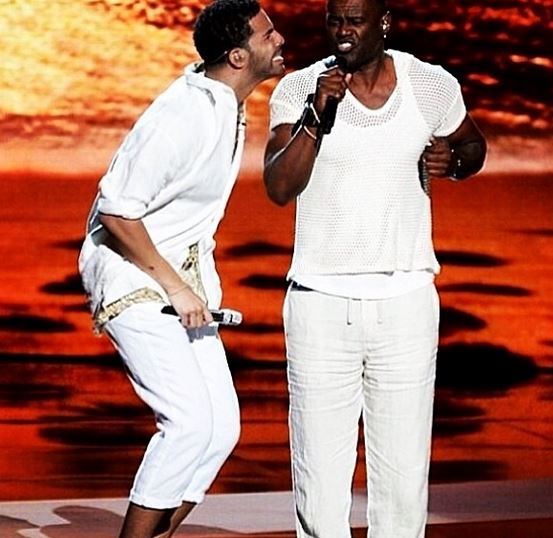 But apart from all the praise Drake received, one props that he was mostly humbled by was from actor Jamie Foxx who gave him a double-nod for his great performance.  Now you know you're an official actor when Jamie Foxx gives you the thumbs up.

Killed it tonite @Drake, proud of you. Funny as hell. #TripleThreat. One of the the best ESPY's in awhile.