According to Drum, the new show will be broadcast in the same time slot as 3Talk with Noeleen did. Noeleen bid farewell to viewers on Monday, 20 April, after being on the show for 12 years.

Her last episode was a star-studded affair, with celebs like Basetsana Khumalo, Somizi Mhlongo, Trevor Gumbi and others in attendance. It was a trip down memory lane, reflecting on some of Noeleen’s most memorable moments on the show.

Drum reported that the new programme will be a lifestyle show, similar to Top Billing.

The show, which has been filming in Cape Town, will reportedly premiere on 4 May on SABC 3. Now we understand why Bonang has been posting all those “May the 4th be with you” tweets and Instagram posts.

On Wednesday, she shared a beautiful picture of herself on Instagram with the caption: “18:49.... On set!! Serving sweetness!! May the 4th be with you...???? #CapeTownByNight.” 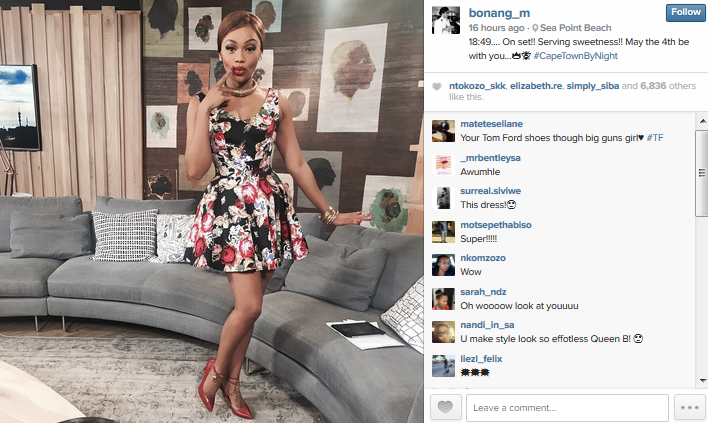