Last week actress Kim Engelbrecht received praise for her role in the first episode of American apocalyptic television series Dominion, starring a number of South African actors, such as the likes of Ty Keogh and Carl Beukes. Carl who also impressed many South Africans within the first scenes of the episode managed to have a chat with us as he discusses his first audition for Dominion and how it's been like working with the likes of Kim Engelbrecht.

ZA: Are you surprised at the positive response Dominion has received from the South African public?

CB: Well, kind of, I wouldn’t say it was a surprise, but it was amusing to see how South Africans genuinely enjoyed the first episode of Dominion. It was a really humbling experience. South Africans are a very down to earth nation and we’re very straight forward. So a story like this could've easily flopped or succeeded, so it really is nice to see such responses. I also think that South Africans really enjoy seeing local actors on international platforms, which really helped catapult the series to where it is right now. 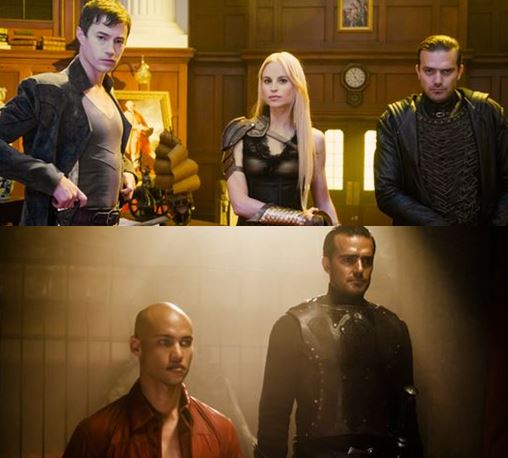 ZA: Could you tell us about the audition process for Dominion, was it an extremely challenging process for you?

CB: Yeah it was, I actually feel like it was a testing process for me more than anything. You might not believe this but for the first part of the audition I only said one word and did two scenes. So basically I was being used for the pilot of the series however, the directors then decided that my character “Gabriel” should do a monologue that tied up all the loose ends of the pilot, much to my surprise I was given a 2-page monologue that I had to learn by the following morning. I went back to my hotel room, recited the monologue and went back to the set the following day.

After doing the monologue the director was so impressed that he stood up and began clapping, he requested that I do the monologue again and before I knew it I was called by the creator of the series who told me that I had gotten the part of “Gabriel”.

ZA: How would you describe the relationship between you and your South African cast members like Kim Engelbrecht?

CB: It’s awesome; Kim and I have worked together for years, even back in the days of Isidingo. And it’s just such a stress-reliever to have a good friend like Kim on set as well. I don’t think people realise how much of a hard worker Kim is, she’s incredibly persistent and seeing that we’ve been friends for years just makes our work ethic even more special. Whenever Kim’s on set I know it's going to be a great day.

ZA: Can we expect a second season of Dominion?

Yes, we’re going to be shooting the second season at the end of February. I’m actually moving down to Cape Town for six months to get started for the production.

Catch Dominion every Monday on M-Net at 8pm