Award-winning singer Lira is once again a cover star, this time for Forbes Woman Africa.

The December/January issue came out on Monday, and Miss Lira looks absolutely stunning on the cover.

It’s her second magazine cover in as many months.

Earlier this month she graced the cover of BONA magazine.

And it looks like Lira is also set to start 2016 on a high note. She will drop a new album in January.

Lira also plans to release the offering in Europe and the US two months later. 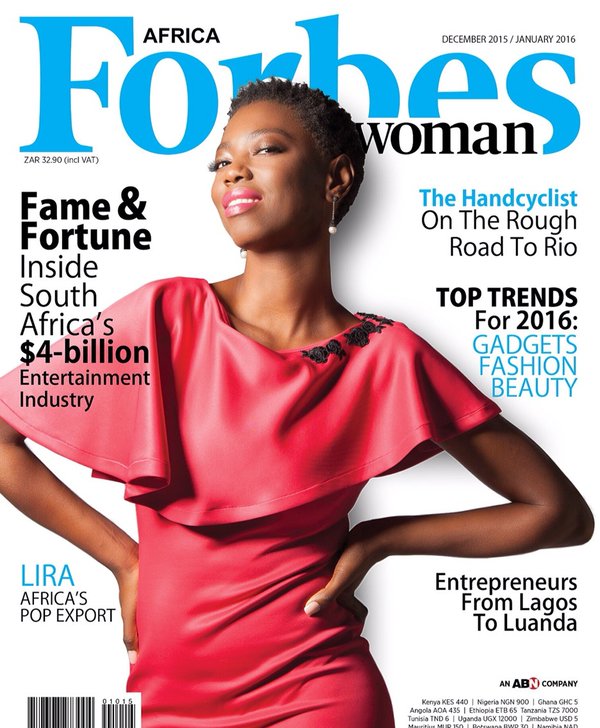