Well then, after expressing her disgust at the lies that were published about her recently, on Fridaynight, Minnie Dlamini decided to stunt on everyone and fork out R17,000 for a painting. Yes, you read right! A whole seventeen stack on a picture.

The painting is of the late former President Nelson Mandela and former SA Rugby captain, Francois Pienaar, during our win at the 1995 Rugby World Cup.

Minnie bought the painting during the Habashwe 1 Team 1 Nation event that she was also hosting.

Sigh... Minnie has been balling lately. She also recently bought an apartment in the plush neighborhood of Sandton, if this isn't living the life then we don't know what you call it. 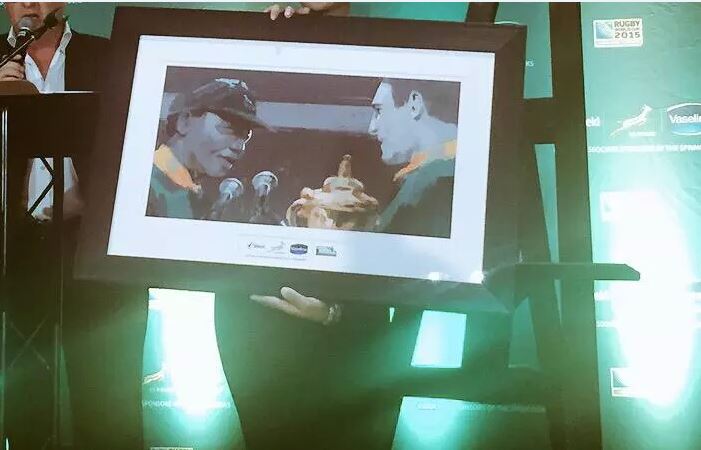 Hey Minnie, think you could swing another 17k our way? Even better, Pharrell's concert is happening next week - maybe you can swing some tickets our way too?