The only way to shut people up is to prove them wrong, right? That’s exactly what Scandal actress Masasa Mbangeni is planning to do.

The award-winning actress, who plays Thembeka on the e.tv soapie, took to Instagram to share what someone said about her acting career. She started off by writing: “People will see you walk on water and say it’s because you can’t swim. Keep walking any way!”

She then revealed that a producer told one of her friends that they wouldn’t audition her because all she can do is ‘Thembeka’. What? That producer cannot be serious? 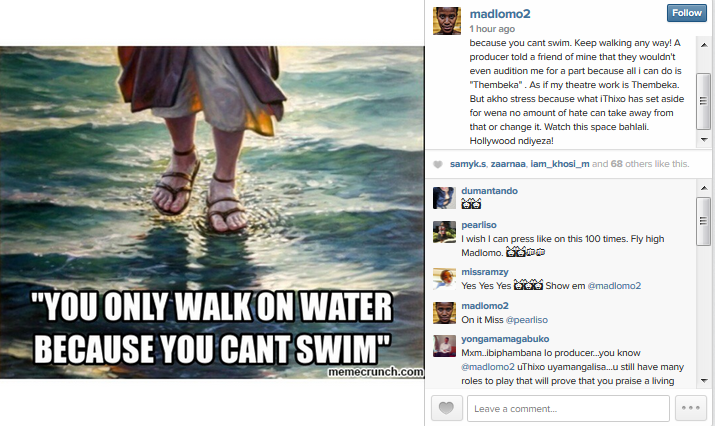 Masasa added: “As if my theatre work is Thembeka. But akho (there’s no) stress because what iThixo (God) has set aside for wena (you) no amount of hate can take away from that or change it. Watch this space bahlali. Hollywood ndiyeza (I’m coming)!”

We think Masasa is one of the finest actresses in SA and we have no doubt that she’ll achieve nothing but the best in the future.