Considered as two of the most attractive entertainment personalities on this side of the earth, Nomzamo Mbatha and Maps Maponyane’s close friendship has raised a lot of eyebrows this year.

Although the two have insisted that they’re nothing more than friends, we still don’t buy it. In fact, deep down in our hearts, we're rooting for a relationship to blossom out of this friendship.

The two would make such a gorgeous couple and we’ve all seen how perfect they would be for each other, especially after seeing their romantic comedy movie, Tell Me Sweet Something.

Not that friends shouldn’t support each other, but have you seen how sentimental their posts are?

If they’re not acting silly together at events 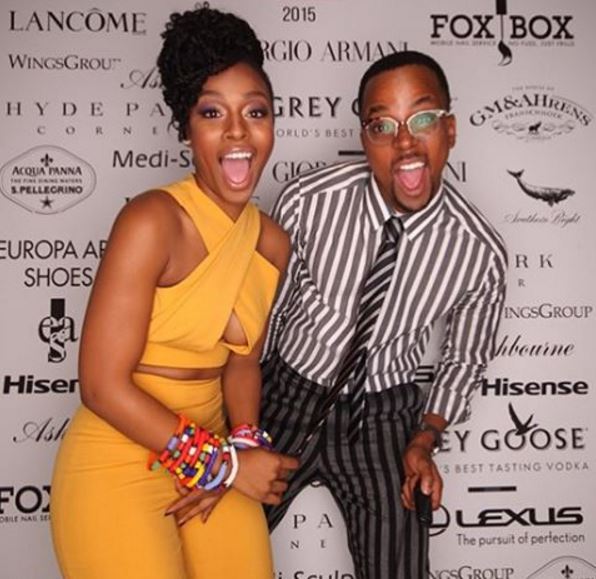 They're spending some down time attending sports games together 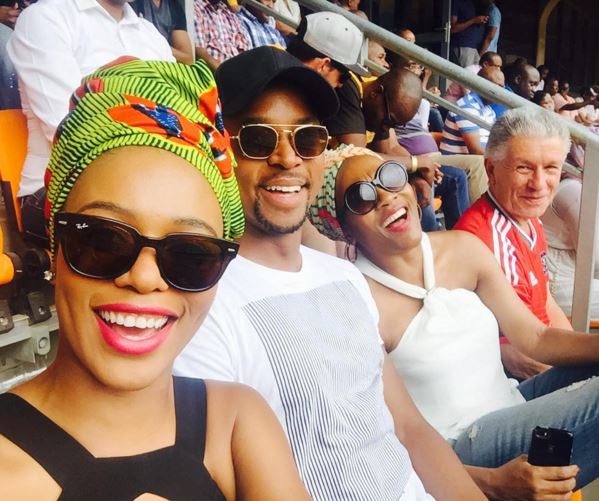 Even Maps' followers are curious about this friendship the two have, which is such a beautiful thing to witness 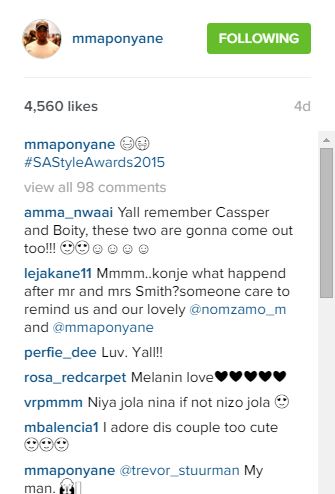 Either than that, we'll keep being curious about these two, 2015 has been great to them, especially when it comes to their careers. We hope 2016 will be even greater for Maps and Nomzamo in all aspects of their lives - including their relationships *wink, wink*.