Since leaving Generations, Makubalo, who now goes by the alias Naak Musiq, has seen his career flourish to greater heights. The actor/musician features on two hit songs that have been on high rotation on many radio stations lately. If you’re not hearing his voice on DJ Fisherman’s Call Out, you’re bound to her the musician on Dreamteam’s single What’s Your Name, alongside Donald.

Anga has also kept us glued to our TV screens every Tuesday at 9:30pm on e.tv, as he gives his most riveting performance yet on Z’bondiwe - a messy, dangerous, gangster love story about Ntando, a lawyer, and his kidnapped girlfriend Roxanne. 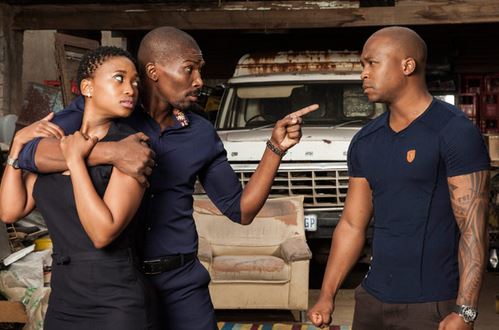 Although Anga has been thoroughly enjoying his role on Z’bondiwe, while speaking to Mo Flava on the Morning Fix, he admitted that he actually does miss acting on Generations.

“I do miss Generations, I miss it a lot. I miss the atmosphere on Generations - I had so much fun there and I was learning every single day. My character was growing, so I’m really not going to lie about it. I miss it.”

Anga was also asked if he was going to apologise to Generations head honcho Mfundi Vundla. He laughed the question off and said he wouldn't, but he’ll probably write him a song or something along those lines - without forgetting to mention that he still has great respect for Mfundi.

Anga has also released his first single, entitled Not Guilty, featuring Professor, off his new unreleased album which will probably be launched in the month of September.

We also have your latest ZAlebs news. All the latest entertainment news you need to know in 3 minutes.